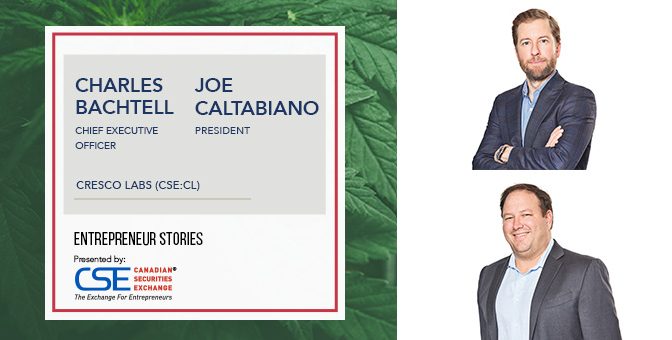 Cresco Labs (CSE:CL) is one of the leading cannabis growers and retailers in the US, marketing several well-known brands across multiple states. The Chicago-headquartered company’s 2018 results showed increasing production and distribution, along with a near 300% increase in revenue compared to the previous year.

In April, Cresco announced plans to acquire California-focused Origin House for CDN$1.1 billion in what would be one of the largest public company acquisitions ever in the US cannabis space.  It would come on the heels of last year’s acquisition of Florida-focused Vidacann by Cresco for $120 million.

Proactive caught up with Chief Executive Officer Charles Bachtell recently to get his thoughts on the Origin House transaction and what lies ahead for Cresco and the cannabis sector in general.

Cresco has really gone from strength to strength over the past year. Let’s begin by having you tell us about your corporate strategy and what some of your advantages are compared to industry peers.

Cresco is one of the larger multistate operators in the US. We participate in all main verticals of the supply and value chain – from cultivation and extraction to the creation of branded products, carrying on into distribution of those branded products to stores we don’t own and then also bricks-and-mortar retail. Including pending acquisitions, we’re in 11 states and those states are arguably the most strategic footprint.

Some of our peers have more states in their portfolio but our 11 states – seven of the 10 most populated states in the US and four that aren’t in the top 10 – they all have very key strategic rationale behind them, like Nevada with Las Vegas and Massachusetts with adult use. We focus on the regulated market.  We have compliance backgrounds. The founders of this company come from the banking industry and a lot of the lessons we learned on the operations side, the legal side and the compliance side of banking have helped us create an operation in cannabis that is very focused on regulation and doing cannabis the right way.

Those are some very strong pillars. It seems that many companies in this industry are pursuing similar goals, but it’s the ones executing consistently on their growth plans that separate themselves.

The strategy behind our growth has not been just about trying to make as big a footprint as possible.  It was making sure that we were thoughtful in the states we launched in. We pride ourselves on execution and if you’re looking for maybe points of distinction between us and our peers, because to a certain extent you could say we look alike – we’re all trying to create multistate national platforms, we all want to create brands, and now we all have access to capital – I think this is what has always resonated with the investor community.

It comes down to three things with Cresco. The strength of management has always been commented on by investors. It is a unique background to have, specifically mortgage banking experience and what it was like to go through the economic downturn and not only survive, but we thrived in our prior lives when regulation came to mortgage banking.

Then we’ve built out the team with some phenomenal professionals with a ton of experience in big international CPG (consumer packaged goods), so the strength of management has always stood out. The level of execution – our ability to win these very competitive, merit-based application processes is second to none.  And then the ability to execute on M&A. We call it the ‘gets’ – we get access to the markets, we get operational, we get products to market and then we get disproportionate market share.

We execute at a different level and then we focus on market penetration and market share, which are fundamental ways of evaluating your success. But a lot of our peers were focused on the landgrab aspect and maybe a little less on operations.  But we’re operations guys.

The third point of distinction is our focus on the creation of branded products more so than how many bricks-and-mortar retail stores we own. We like vertical integration. We think it’s important in some markets, but our goal is not to own more bricks-and-mortar retail than anyone else. Our goal is to make sure our products are on the shelves of every dispensary in a state and that’s a little different from our peers.

Tell me more about the acquisition of Origin House. How did you go about that and what was the rationale for the deal?

It came on the heels of another big announcement we made, which was the Florida acquisition. In order to create a national brand, you have to have that strategic geographic footprint.  You only want to be in the states that really matter. So, Florida, being the third most populated state in the US, of course really mattered. We were able to check that box and it really is the last of the tier-one states we needed. So, you create the geographic footprint that matters but then you have to get a meaningful position in those markets.

Our story is 100% market penetration – getting on the shelves in every dispensary and then having the most market share of any group. And so that’s where Origin House fits into the narrative. We were already in California – we already had operations. We closed that transaction last year and we were starting to produce, but how do we create a meaningful position in the most important, largest cannabis market in the world? That’s where Origin House really spoke to us as a transaction. They’re the largest distribution company in the largest cannabis market in the world. That in and of itself is a reason to do the deal.

The best part about the Origin House acquisition has actually been everything that came after it. They really do distribution because they’re fundamentally focused on finding and identifying brands that matter. They wanted to be in the branding space too so that was very aligned with us.

And now that we’re a publicly traded company, granted this has always been our mindset anyway, who we can and who we can’t do business with, we have to ensure that our standards are met when it comes to corporate governance and adherence with strict compliance with state regulations. With Origin House, you had a company that was publicly traded for over two years now and compared to its peers out there they’ve been held to a higher level, a higher standard of compliance and corporate governance.

Then you start looking at the human capital side of the space.  They’ve got a very astute corporate development department over there. Over 20 lawyers and analysts that have been working on cannabis M&A deals for the last couple of years. That was great and then the icing on the cake is their founder and CEO Marc Lustig. His capital markets experience is unique for cannabis. His understanding of the way that capital markets and Canadian capital markets work. The relationships he has, the reputation he has. You start layering all of those assets on top of each other and you can see why it was a very enticing transaction for us to want to complete.

Merger activity has really picked up in the US cannabis space. Why is this and do you see the trend continuing?

This goes back to the experience we had in mortgage banking. I think any time you have emerging industry meets high regulation you’re going to have consolidation. It’s going to get to a point where people are going to struggle to reach where they thought they would be able to get. Maybe it’s less realistic – whether timing, whether infrastructure, whatever it is, access to capital that’s going to limit them, that’s going to create great opportunities for consolidation by the companies that have built out the infrastructure, that have the experience, that have been able to get out in front. I think that’s what you’re seeing and are going to continue to see in the cannabis space.

Consolidation is a part of this next phase of growth in the industry for a lot of reasons. When you can find some of that bandwidth, when you can find that experience, when you don’t have to create it all from scratch, that becomes a faster, less risky way to expand than building from scratch every time.

How do you see the US federal landscape for cannabis in terms of legislation changing?

I think everybody is more bullish on this than we would have been a year ago.  You’re seeing the SAFE Act with a lot of support. You’re seeing the STATES Act with a lot of support. The feedback and the chatter out of DC seems very positive on both of those fronts. People are handicapping SAFE to potentially be a 2019 passage, but they are also looking at the STATES Act as likely getting figured out before the 2020 election cycle. It’s moving in the right direction, I’ll tell you that.

What are your plans for the rest of 2019 and beyond?

We feel like we’ve created that geographic footprint of substance and now it’s making sure we go as deep in those programs as we can. That we do accomplish that market penetration and market share that has become our calling card. I think you’ll see us focus on implementation and integration with Origin House and with Florida. And we’re opportunistic, so if there’s another state that comes up that fits into our thesis and growth strategy, we’ll evaluate it. But I think for the next quarter or two, any M&A would be focused on deals that help us go deeper in states that we’re already in. Acquiring another operator in a state that we’re already in to increase our position in that state is the likely future of M&A for us.

This story was originally published at www.proactiveinvestors.com on June 20, 2019 and featured in the Public Entrepreneur magazine. 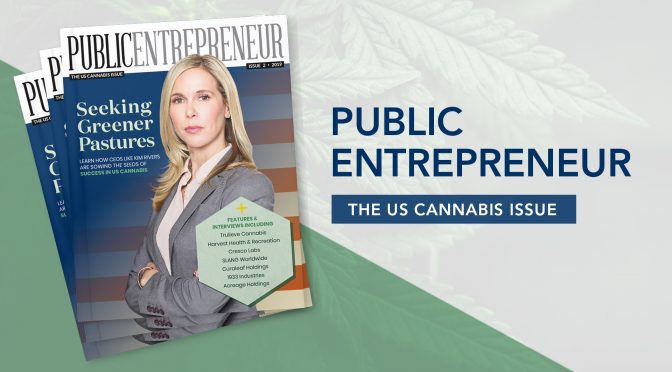 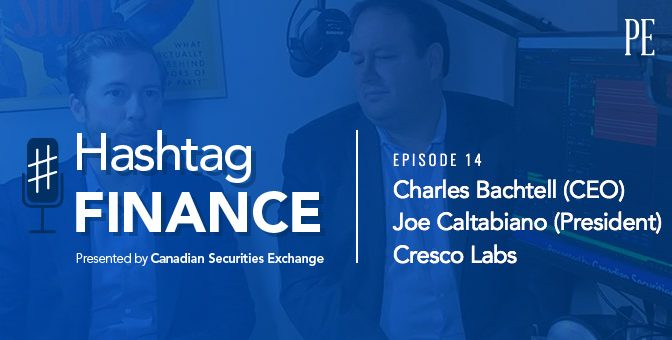 A #HashtagFinance first, Barrington Miller hosts a three-way conversation with Cresco Labs’ (CSE:CL) Charles Bachtell and Joe Caltabiano during #WeedWeek. Both gentlemen share the lessons they learned from a previous life in the mortgage industry (1:30), how they distinguish the differences between traditional and non-traditional cannabis consumers (3:45), and the thinking behind Cresco’s acquisition of Origin House (8:15). Listen until the end to lean about Charles’ appointment to the Cannabis Legalization Subcommittee of Illinois Governor-elect JB Pritzker’s transition team and the importance of social equity in state transitions from medical to recreational cannabis.