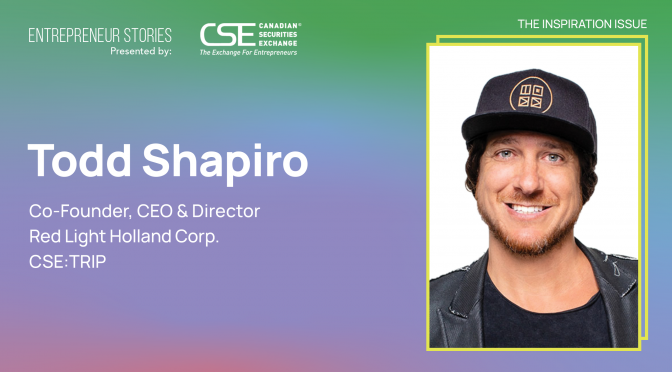 One of the more interesting small-cap market developments of 2020 is increasing investor comfort with the psychedelics industry.

The year has seen multiple psychedelics companies IPO on exchanges in Canada and the US, and M&A activity is ramping up, too. Momentum in the sector is being driven by legislation in Canada opening the door for end-of-life patients to use psychedelics as a therapeutic option, while in the US, the Food and Drug Administration designated psilocybin as a “breakthrough treatment” for mental health disorders. The industry clearly has plenty of runway heading into next year.

Most of the publicly listed companies in the segment focus on therapeutic applications, working on research and development of psychedelic-based treatments for mood and anxiety disorders.

Canada’s Red Light Holland (CSE:TRIP), however, has found its niche in the recreational part of the market by selling small doses of psilocybin to adult consumers seeking to experience the psychedelic effect without a prescription. In the process, it has set itself on a clear path to revenue, which is an immediate point of differentiation compared to most peers.

The Toronto-based firm is the first publicly traded company that has a legal psilocybin product on store shelves and online (in the Netherlands). Its iMicrodose pack is a collection of “magic truffles” – a type of fungi that contains a lower concentration of psilocybin than their mushroom brethren but still enough to produce a psychedelic experience.

While making very clear that medical claims cannot be made at this point and highlighting that substantial research is still being done to prove certain beliefs, Chief Executive Officer Todd Shapiro tells Public Entrepreneur that he thinks psilocybin has the potential to “change the world” for people suffering from depression and mental health disorders. “For me, the opportunity was never about a trend,” Shapiro explains during a recent interview. “It’s about making a difference with a long-term plan. And it’s about empathy, compassion and providing access.”

Shapiro, a former Toronto media personality, began to explore the world of psilocybin through conversations with guests on his SiriusXM radio program. Sensing opportunity, he assembled a team of investors and advisors containing some truly boldface names: Bruce Linton, Terry Booth, Brad Lamb and even comedian Russell Peters, who serves as the brand’s chief creative officer.

The group decided to explore the opportunity to sell psilocybin as a recreational product in a legal market and settled on selling truffles in the Netherlands. It raised nearly $4 million before going public on the CSE in May 2020.

At this point, it’s fair to ask – aren’t magic mushrooms illegal? The answer lies in the composition of the fungi. In the Netherlands, where iMicrodose recently debuted in smartshops across the country, magic mushrooms themselves are illegal, but truffles – a network of interconnected filaments that branch out from the mushroom below ground – are legal to buy and consume.

The pursuit of the recreational market as opposed to medicinal psilocybin is a huge part of what differentiates Red Light Holland. “We would love to be a part of helping to prove how psilocybin can help human beings, be it supporting studies or trials,” Shapiro says. “I think that the medical side is extraordinarily important, but why are we limiting the potential of responsible adult use? When we do that, we are limiting a lot of adults who have access to information, education and early trial data as well as anecdotal research. I don’t think we should do that for people who want to try this responsibly.”

Echoes of the cannabis sector’s growth trajectory ring through Red Light Holland’s story. Early acceptance of medicinal marijuana paved the way for the recreational market and, eventually, legalization. Shapiro is hoping that Red Light Holland can blaze a path to tolerance of recreational psilocybin. “Magic mushrooms have been used for generations for a wide variety of purposes,” Shapiro notes. “Red Light Holland wants to offer it to people who want it in legal jurisdictions, much like we saw in the cannabis market.”

That’s not to say that the company isn’t exploring possible therapeutic applications as well. Its scientific division, Scarlette Lillie Science and Innovation, recently secured a relationship with US-based Jinfiniti Precision Medicine to explore potential roles that psilocybin and truffles can play for age-related and psychiatric disorders.

Red Light Holland may not take the lead on clinical trials, but it wants to carefully look into how it can support the science by perhaps teaming up with people who could potentially get involved in trials in some capacity. “If we can learn more about the truffle itself, that would be our goal,” Shapiro says. “Maybe there’s a CBD-like element to the truffle that we don’t know about yet.”

The therapeutic psilocybin market is poised to reach a value of nearly US$6.7 billion by 2027, according to Data Bridge Market Research, making it an attractive proposition for investors. While the recreational market is obviously much smaller in value, Shapiro hopes to find a new consumer – a young professional, a firefighter or a modern couple who just put their kids to bed.

“I want iMicrodose packs powered by Red Light Holland to be consumed by the Ketel One drinker, someone who loves a glass of wine, essentially an adult who wouldn’t necessarily walk into a smartshop but would rather order legally from an easy-to-use e-commerce store. I want to help expand the market,” says Shapiro.

There are signs that other countries will soon follow the Dutch lead of legalizing truffles, or at least relax the relevant laws. In Brazil there are no laws against the sale, distribution or use of magic mushrooms. Jamaica has long been a destination of choice for psychedelic retreats, and Bulgaria is on the radar. For now, though, Shapiro appears to have Red Light Holland firmly focused on its namesake country.

“A lot of the issues at cannabis companies came about because they thought there was a bigger market than there actually was, and then they wound up expanding too quickly,” Shapiro says. “We like the idea of learning who our customers are and expanding from there with education, information and responsible use initiatives.”

iMicrodose debuted in Amsterdam in September, retailing for €25 per pack. Distribution quickly spread to Rotterdam, Eindhoven and Den Bosch, as well as online. Shapiro and his team hope to have iMicrodose in as many smartshops as possible over the next year while growing brand recognition.

Red Light Holland is blazing a trail in the psychedelics sector as the first psychedelics company with a legally available product to list on a major exchange, and it fills Shapiro with pride.

“It helps legitimize what so many pioneers and advocates have pushed for, because we’ve gone through the regulatory bodies,” he says. “It’s not something that we’re doing underground. If you’re in the Netherlands, you can order iMicrodose packs online right now. Let’s end the stigma together.” 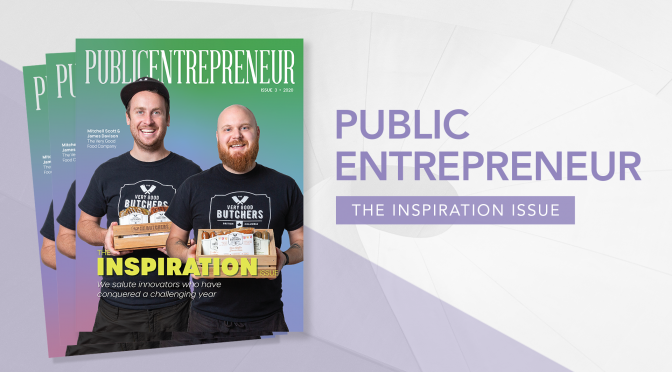 Welcome to the latest issue of Public Entrepreneur magazine, your source for in-depth stories of business leaders and entrepreneurs shaping the capital markets.

2020 has tested their resilience like never before, but the good news buried amidst all of this year’s difficult news is that smart capital sees opportunity on the horizon. In this Inspiration issue of Public Entrepreneur, we shine a spotlight on innovative companies in fields as diverse as plant-based foods, organic pesticides delivered by bees, hemp-based cigarettes, psychedelics and cannabis.

Check out the most recent edition of Public Entrepreneur to learn how these companies’ visionary leaders and entrepreneurs are inspiring investors to put their capital to work: