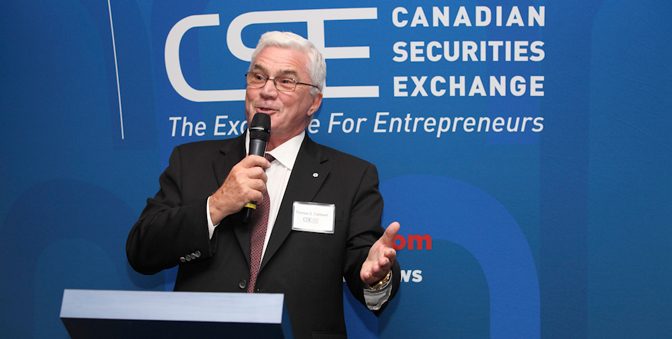 One would think that with a track record like Urbana Corporation’s (CSE:URB; TSE:URB) the chance to buy its shares at a discount would be almost non-existent. At an annual return based on net asset value exceeding 14% since it was launched in 2002, Urbana easily ranks as one of the better performing investment companies on the block.

Puzzling then that its stock is priced around $1.97, while its per-share net asset value is closer to $3.50. “Since October 2002 the rate of growth has been just under 14.54% but the share price is at a significant discount to the asset value, to an extent due to lack of coverage,” explains Thomas Caldwell, Urbana’s President and CEO.

Caldwell, of course, is also Chairman of investment dealer Caldwell Securities Ltd. He is well known on Bay Street and Wall Street for making big returns from investing in stock exchanges. “At one point we owned 37 exchanges,” Caldwell notes.

That legacy remains a major part of the Urbana investment approach, reflected these days more so in the heavy portfolio weighting in companies involved with the financial industry, be they major banks or service providers to the mortgage business. “That is where I spent most of my career and is an area we like to think we understand,” Caldwell says.

In many ways, Urbana is structured to offer investors the best of all worlds. It has just shy of $200 million under management, about 55% in public investments, plus 45% in private investments that its shareholders would almost certainly be otherwise unable to access.

Another benefit is that the closed-end nature of the fund is a perfect fit for Caldwell’s investment strategy. “A closed-end investment corporation like Urbana is a great way to manage money because the capital we have is permanent,” he explains. “The problem with mutual funds is that you get your money at the worst time – at the top of markets – and you lose it at the best time – at the bottom of markets. But that is when you should be doing the opposite – you should be selling at the top and buying at the bottom. If a market is going down I am not worried about a run-off of assets and that’s where I make our money. I’m a bargain hunter.”

Well-represented sectors these days include US financials, which Caldwell says make up 32% of the portfolio, while a recent move into a set of holdings he calls “Canada Inc.” saw Urbana take meaningful positions in Barrick Gold (TSE:ABX), Suncor Energy (TSE:SU) and Teck Resources (TSE:TCK.B). “Our Canadian banks are up 10%, Suncor is up a few percent, and Teck is up 100%,” Caldwell explains.

One of the CEO’s favourite holdings is a private company called Real Matters. Real Matters runs a technology platform and network of more than 100,000 independent field agents that help financial institutions and other entities in the real estate business perform appraisals, insurance inspections, title searches and mortgage closings. Its customers include 60 of the top 100 mortgage lenders in the US and a number of large insurance companies.

“Real Matters is run by an extremely bright executive named Jason Smith,” says Caldwell, noting that he invited the Real Matters President and CEO to speak at Urbana’s annual general meeting this year. “I say now that I am not interested in ideas anymore. I am only interested in people who can execute on ideas. He can do that.”

Caldwell sees Real Matters eventually listing in the public realm via an IPO, a path that Urbana likes its private investments to move along as they grow and mature.

Another successful holding on the private side that anyone who follows Urbana will be aware of is the Canadian Securities Exchange, in which the investment company holds a major stake. Caldwell also serves as the exchange’s Chairman.

“The CSE fills a role that I believe, and my directors and partners believe, is important to Canada,” explains Caldwell. “Canada is an entrepreneurial country but it is very hard to build a company here because we are losing a lot of independent dealers and don’t have the big venture pools like they have in Silicon Valley. So what the CSE can do as an exchange is to simplify the role of accessing capital.

“Ned Goodman (Deputy Chairman of the CSE and founder of Dundee Corporation – a significant shareholder in the CSE) and I both say the same thing – we feel the CSE is an extremely important link in Canada’s prosperity going forward. We pursue this with almost religious fervor because both Ned and I feel so strongly in terms of helping Canadians. Remember, the large financial institutions and many of the resource companies are going to be generators of unemployment in the years to come. New jobs and head offices are only going to come from new enterprise. That’s where the CSE lives and that’s what we try to nurture.”

Fervour certainly is an apt word to describe the way Caldwell feels about the industry he has built his life around, and it troubles him to see certain pillars of the financial community struggling so mightily. “Independent brokerage firms are being massacred and that is going to impact Canada’s standard of living, the number of head offices and new companies,” he explains. “It is a difficult environment right now for new companies trying to raise money. Regulators don’t see that they are addicted to evermore regulation and the damage they are doing to the economy.”

Asked about the possibility of Urbana seeing this as an opportunity, Caldwell suggests he needs to know more. “I’d love to sit down with regulators at some point and find out what their intention is. If they are planning to wipe out an industry, which it appears they are, then naturally I would not be doing bargain hunting in it.”

In the end, he suspects the over-regulation he witnesses does not even achieve its intended objective. “Quite often in an onerous environment the people who will work hard to jump through the hoops are the ones with the more speculative deals. So it does not even mean that you are thinning the ranks of the villains because those are the ones that will bend the rules.”

Regulation run rampant is an issue Caldwell sees as a threat to the Canadian economy but, paradoxically perhaps, he sees strict regulation of the financial industry in the US creating an investment opportunity. “There has been tremendous regulatory pressure on US banks and it is the shareholders who suffer,” says Caldwell. “Our feeling is that they will have to ease up, which would be good for the banks. If they don’t then US banks may unilaterally break themselves back up into commercial and investment banks, which I think would also be good for the stocks. If history has shown us anything it is that when you break up a company, the parts are usually worth more than the whole.”

With the discount to net asset value at Urbana so significant, it makes sense to use a portion of the corporation’s capital to buy back its own shares. “We have been very aggressive buying back stock and cancelling it,” says Caldwell. “We have bought back about 37 million shares at a discount, and this has benefited the remaining shareholders.”

The buyback has doubtlessly contributed to share price stability, but there still remains a gap wide enough to present opportunity for new investors. “The great bargain right now with Urbana is that for $2.00 you get $3.50 working for you, and that $3.50 has been growing at over 14% per annum for the last 14 years. The stock price will eventually catch up with it but I think in the meantime you can get pretty good management and assets at a discount.”

Learn more about Urbana Corporation at http://www.urbanacorp.com/ and on the CSE website at http://thecse.com/en/listings/diversified-industries/urbana-corporation

The CSE is proud to present its first ever quarterly publication – the CSE Quarterly – Issue 1 is now live! The publication profiles some of the CSE’s most dynamic listed companies on the exchange, including the following listings:

CSE Chairman Thomas Caldwell went One-on-One with Andrew McCreath on his weekly BNN program to discuss regulation and the markets and most pressingly addressed the question: Is too much regulation hurting the securities industry?

Tom, a vocal advocate of improving securities regulation in Canada, lent his thoughts on the current state of “over regulation” in the Canadian securities industry, exemplified by his early comments in the interview :

“I think we’ve reached a tipping point where the volume, the mass of regulation is so great – and a lot of it is not substantive in protecting investors – but the volume is representing a massive cost, not only to independent brokerage firms, but also to companies raising money – ergo it’s impacting the economy.”

Tom then touches on the spiralling growth of regulation as illustrated by this point:

One issue he is particularly concerned about is the upcoming Client Relationship Model, which could have dire consequences on transactional brokers that invest in junior companies:

“Brokers will no longer recommend junior or new companies to investors. The risk is too high for the broker – it’s going to hurt that industry big time.”

From a securities firm perspective, the increasing growth of regulation is making the business model of running a brokerage unsustainable:

“The costs of regulation are now the killer… typically one third to one half of all your administrative costs relate to regulation, that is an unsustainable business model.”

Ultimately, Tom offers his thesis on where the industry needs to look to improve, for the betterment of the economy:

Not dismissing the importance of regulation (it is very important), Tom makes the telling statement about how growth in regulation can be misinterpreted as a positive by saying:

The second portion of Tom’s interview focuses on his market outlook.

Click here to watch hear Tom’s view on the markets 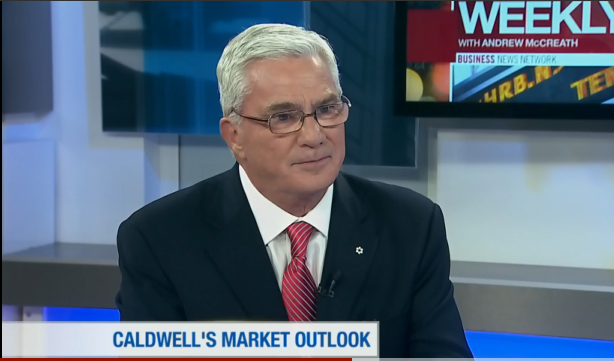 Some quick insights from the second portion of his interview with Andrew:

Proactive Investors recently profiled one of CSE’s newest listings – Urbana Corporation – a closed-end investment company (CSE:URB and CSE:URB.A). The company’s Chairman, Thomas Caldwell is also the Chairman of CSE – Canadian Securities Exchange. In the article much is discussed around the reasons for co-listing URB shares on CSE. Other highlights from the article include:

For the full article by Deborah Bacal please click here!