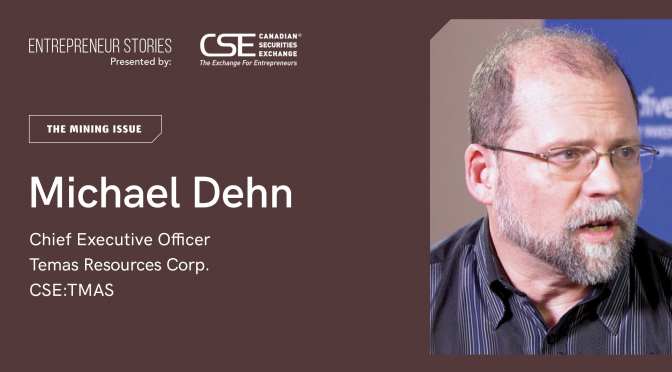 At first glance, Temas Resources (CSE:TMAS) is an explorer with two key mineral assets: a titanium project in Quebec and the intent to acquire a boron property in Serbia. As these commodities are used to make products such as paint, fertilizers and pharmaceuticals, Temas is positioned as a potential supplier to the specialty chemicals sector.

A deal was announced by the company in late January of this year that adds an exciting new strategic dimension. With its acquisition of a large stake in ORF Technologies, Temas will have access to patented, cost-efficient and eco-friendly processes for extracting, separating and recovering nickel, iron, gold and titanium dioxide.

Expanding the number of angles to the Temas story suits Chief Executive Officer Michael Dehn just fine. The new CEO has been involved in the titanium industry for years but honed his early skills in the gold sector in Red Lake with Rob McEwen and Goldcorp.

The key here is how all of the assets work together. The company’s flagship La Blache project is a 2,653-hectare property approximately 100 kilometres north of the community of Baie-Comeau, Quebec. It is home to the Farrell-Taylor magnetite-ilmenite lens, where consistent iron, titanium and vanadium grades are found across the entire length of the complex.

La Blache’s value lies not only in the ground but also in its proximity to key end users in North America. Temas is looking at processing in Ohio, which is close to at least five major US paint producers. What’s more, production at La Blache could be powered by tapping into the area’s electrical grid, making it a greener option than alternatives reliant on diesel.

There are other ways in which the project is green as well, as Dehn describes. “Your mine is wherever the rocks are. In our case, about 65% of the recovered rock goes into a finished product. We’re using around 65% of the rock to recover iron, vanadium and titanium.”

Boron is primarily used in chemical compounds, with around half of all boron used as an additive in fibreglass for insulation and structural materials. The next leading use is in polymers and ceramics in high-strength, lightweight structural and refractory materials.

For Temas, adding Piskanja to its portfolio didn’t trigger much debate. “It’s such an obvious project,” says Dehn. “We have reasonable capital expectations to get to production in a country with very strong mining roots. The European Union and European Bank for Reconstruction and Development are trying to encourage Serbia to phase out coal mining, which means there is going to be a locally skilled workforce that will be looking for another opportunity.”

Under the terms of the agreement with Erin Ventures, Temas will commit to spending a total of €10.5 million toward the development of Piskanja within a three-year period. Erin will remain operator on the project until Temas has exercised the option to earn a 50% interest in its subsidiary, Balkan Gold, at which point Temas will become operator of Piskanja. The two companies expect to finalize the agreement by April of this year.

Between Piskanja and La Blache, Temas already has a couple of company-making projects. The acquisition of ORF Technologies was the missing component that can take things to the next level.

ORF’s technology is estimated to be 59.2% better on a production cost basis, leading to a process that is around 144% more cost-efficient than that used by the world’s largest titanium dioxide producer, The Chemours Company. ORF’s process is less energy-intensive than the industry standard and can create high-quality titanium dioxide from low-grade materials, which contain contaminants that competitors must discard, according to Dehn.

With the ORF approach, rock is dissolved in hydrochloric acid to selectively extract metals such as titanium, nickel or vanadium. The purity of the extracted elements is extremely high.

“We can go right from an ilmenite ore to a titanium dioxide without having to go through several intermediate steps, which is what the rest of the industry has to do,” Dehn explains. The same goes for commodities such as nickel, which now is in higher demand thanks to the red-hot electric vehicle market.

Temas plans to acquire a 50% interest in ORF. The company will fund certain ongoing expenses through secured loans, including acquisition and development of new technology, to be repaid from income generated by ORF before declaration of dividends to ORF shareholders.

Temas is in good financial shape to advance its 2021 agenda. Since November, the company has raised $5 million via Crescita Capital and an additional $3.6 million in flow-through funding.

It’s an undeniably exciting time for Temas, and right where you would expect to find a team that Dehn says is constantly thinking outside the box.

“We don’t want to do things the traditional way,” says Dehn. “Instead of blindly going forward with how things are always done, look for the opportunity that’s going to give you a quicker return on your investment but also leave a smaller environmental footprint.” 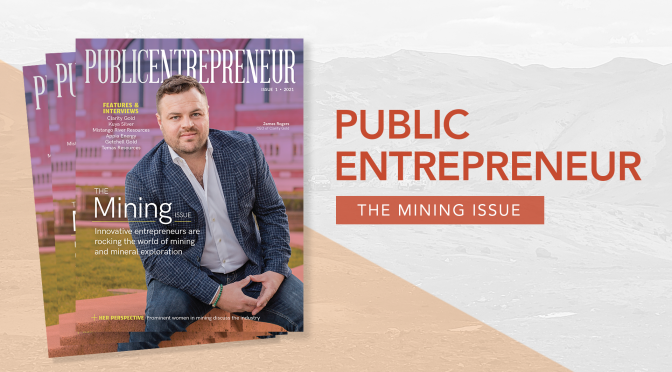