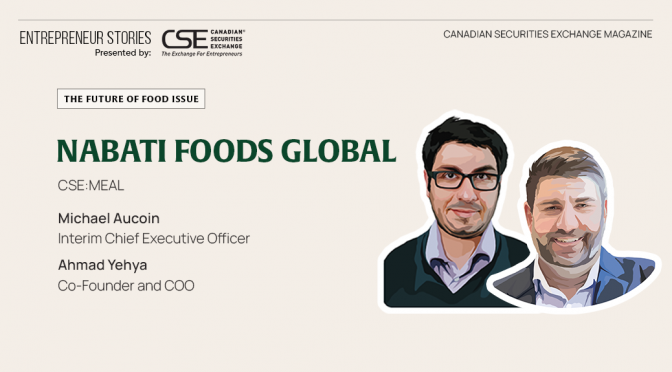 Consumers are making a conscious choice to eat more plant-based foods, both from a personal health perspective and to lessen their impact on the environment. Recently listed Nabati Foods Global (CSE:MEAL) is well positioned to benefit from this trend by providing natural, plant-based, gluten- and soy-free foods for consumers who make healthy eating a priority.

“There are a lot of consumers, so-called flexitarians, that are plant-based-curious and want to dip their toes into the water for the first time,” Nabati Foods interim Chief Executive Officer Michael Aucoin tells Canadian Securities Exchange Magazine. “And for us, that means providing the best experience possible – designing our products with great flavour and providing great product delivery.”

Aucoin brings more than 25 years of consumer packaged goods experience to his role, including as former Vice President of Sales at Hershey Canada. Nabati is relying on Aucoin’s expertise to help the company achieve its next phase of growth.

That growth is being driven by rising consumer demand for plant-based foods. In the United States, the market is valued at US$7 billion and expanded by 27% in 2020, according to the Plant-Based Foods Association. Interestingly, growth topped 25% in all US census regions, underscoring that the shift to healthier food choices is very broad-based in nature.

Nabati has already established first-mover advantage in one part of the Canadian marketplace with its Nabati Plant Eggz, a plant-based egg alternative that is free of all major allergens. The product is gluten-free, soy-free, cholesterol-free, vegan, kosher and made without genetically modified organisms (GMOs) or refined sugar.

Unlike other plant-based food producers that focus solely on the retail consumer, Nabati can also tailor its packaging to meet food service industry needs, a market segment that Aucoin says the company is attracting strong interest from, particularly due to the innovative nature of its products.

“A great example of this is our team being able to develop a cheese product that really mimics pizza cheese in terms of milk quality, which isn’t always the case with plant-based cheese, so we’re pretty excited about that,” Aucoin says.

According to Aucoin, the key to growing the company’s revenue is building a distribution network, and to that end Nabati already has products featured in more than 700 locations across North America. Some of its more recognizable nationwide retailers in Canada include Sobeys, Metro, Safeway, Whole Foods and online at Costco.ca, as well as food service outlets such as Cobs Bread and Mucho Burrito.

“The company has established distribution in South Korea, with other countries about to come on board,” Aucoin adds. In October 2021, Nabati announced that it was partnering with Nanum Foods to distribute Nabati Plant Eggz and dairy-free cheesecakes to retail store in South Korea and Vietnam. The products will be sold in Asia under the brand ITABAN.

Also in October, the company said it was partnering with IMCD Japan, a leading specialty chemicals and food ingredients distributor, to distribute Nabati’s full product line in Japan. The partnership will focus on distribution via food service, industrial and grocery channels.

“It’s about taking those great products and putting them in front of more consumers, building out our marketing plans to be able to communicate the quality of those products, and finding ways to have people sample. I think that’s one of the big opportunities across plant-based products,” Aucoin explains.

Aucoin says that Nabati has an innovative R&D team to determine how the company can evolve its product portfolio beyond the current four categories and capitalize on the next big plant-based food idea.

Over the next year, the interim CEO says he wants to see Nabati deliver “dramatic” revenue growth to a point where gross margin dollars translate all the way to the bottom line.

“If you look at what our team’s done the last six to nine months, they’ve set up the business from an operational standpoint where we have material availability now to ship significantly more, which is a very good setup,” Aucoin says.

He adds that from a capacity perspective, the Nabati team has also been mindful of securing adequate inventories of strategic ingredients, as there’s been concern within the industry about availability of these crucial inputs.

In the longer term, Aucoin wants the company to continue to understand where the consumer is going and to enhance its brand to become an unquestioned leader in the plant-based space.

“In five to 10 years, we’ll have a material footprint in other major markets around the world, continue to evaluate whitespace opportunities from an R&D perspective to broaden our product line, and build upon our past success,” Aucoin concludes. “We’re very bullish about our future.” 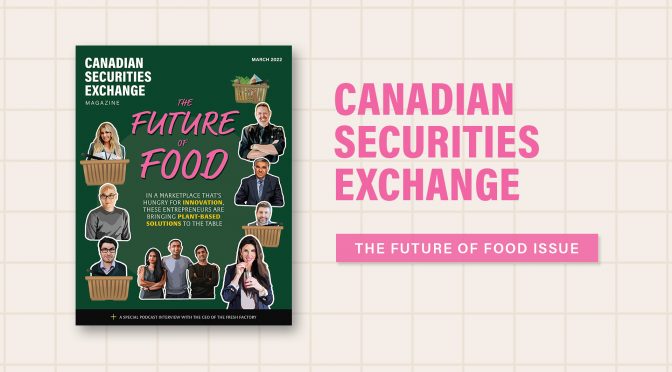