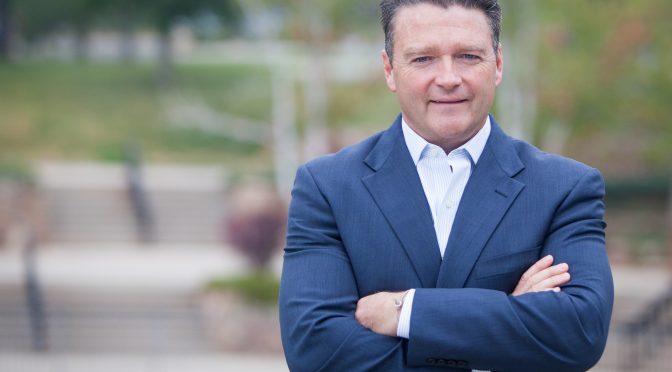 A basic analysis of the company yields some familiar themes, including experienced management and rapid growth underscored by hard-won advantages in a large, fast-growing market.

Founder and Chairman Christopher Blisard explains the challenges facing every entity with a presence on the Internet, and thereby the opportunity for VirtualArmor, in a manner hard to dispute.  “Where we are going as a world is that everything is being moved to the edge,” Blisard explains.  “You as a consumer or business want everything available all the time at any location.  We’ll continue to grow because technology is pushing the boundaries of where data is stored and those areas can become very vulnerable very quickly.  You really have no choice but to call companies like ours to take care of your problems.”

Established in 2001, VirtualArmor has crafted a business model over the years that Blisard says literally has no peer within the industry.  It involves working closely with hardware manufacturers so that the VirtualArmor team can go beyond providing a security overlay “a mile wide and an inch deep” and get inside the actual hardware, where the most talented of hackers often go to lay their traps.

“We work hand in hand with the manufacturer, plugging their software into our platform so we can go incredibly deep into every piece of equipment we are managing on your network.  It is not just a reactive environment at that point, but also a proactive environment.”

When VirtualArmor discusses security with a potential client, it insists on bringing the hardware that will serve as the backbone of the entity’s computer network.  Instead of trying to fix the myriad bugs inherent in a system that should have been designed better in the first place, VirtualArmor brings in what it knows will work.

Looking at the financial picture, accrual earnings were skewed in 2015 by non-cash items related to the go-public effort, but cash flow was positive for the year, and that’s the number that really counts.  Fiscal 2016 should be more indicative, and thus far is shaping up nicely.  The company announced on March 8 that it had booked US $2.4 million in sales in the previous 90 days.  Given that revenue for full-year 2015 was US $7.4 million, VirtualArmor is so far on pace to beat handily year on year.

Matthew Brennan, Vice President of Sales, points to the importance of convincing investors that growth in revenue and earnings is sustainable.  “When you have an organization as successful as ours and all of that revenue came from two salespeople, to know we are going to end the year at between six and eight salespeople suggests you will see things move in a positive direction,” he says.

Blisard adds that part of the benefit of listing on the CSE has been to broaden the understanding of VirtualArmor and give it new tools to conduct the full extent of the expansion it envisions.  “Looking at 2016 to 2017, the objective will be to expand our reach internationally,” he says.  “That includes going into Canada and Europe, and particularly the London market.”  Blisard goes on to explain that the company has a 10-person Security Operations Center, or SOC, just outside of London that can play a very helpful role in landing and serving local customers.

The revenue outlook is further enhanced by the stickiness of the client base, which is actually very easy to assess: “We have never lost a managed services customer and our longest one has been with us for 10 years,” says Blisard.

Also helping the share price was the announcement March 16 that the company was cancelling just under 3 million of its shares outstanding, and that several third-party shareholders had agreed to put a total of 3 million shares into escrow.  The resulting reduction in dilution, not to mention clear vote of confidence, set a positive tone that the stock price responded to immediately.

Blisard is happy with the way the stock has performed to date but points out that he knows education is a process and that it will take time for the company to build the following it thinks it ultimately deserves.

“For the Canadian markets a company like this is unique,” Blisard explains.  “The investment community understands the importance of cybersecurity in their lives.  The people we talk to understand the way our company is structured, how it drives revenue, how it drives profit, and where it sits within the cybersecurity world.”

Concludes Brennan, “It is very important that an investor understands there is a roadmap.  We made a good decision in not growing too quickly, taking our proceeds and placing smart bets on particular territories and hiring the right people.  I think it is key that the investment community understands this.”

Learn more about VritualArmor International Inc. at http://www.virtualarmor.com/ and on the CSE website at http://thecse.com/en/listings/technology/virtualarmor-international-inc