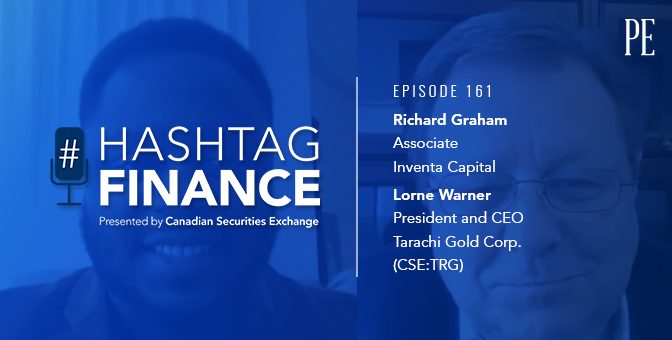 CSE’s Anil Mall is joined by Richard Graham, Associate at Inventa Capital and Lorne Warner, VP of Exploration at Tarachi Gold (CSE:TRG) to discuss the company’s prospects in the Sierra Madre Occidental Gold Belt and how the company has managed to advance its program in the face of a global pandemic.

Here’s an overview of what Anil, Richard, and Lorne cover in this edition of the #HashtagFinance podcast:

Tarachi Gold Corp. is a Canadian junior mineral exploration company with an option to acquire a 100% interest in a group of concessions in the Sierra Madre gold belt known as the Tarachi projects.  The project is approximately 220 km by air east of the City of Hermosillo and 300km south of the border between the United States of America and Mexico.