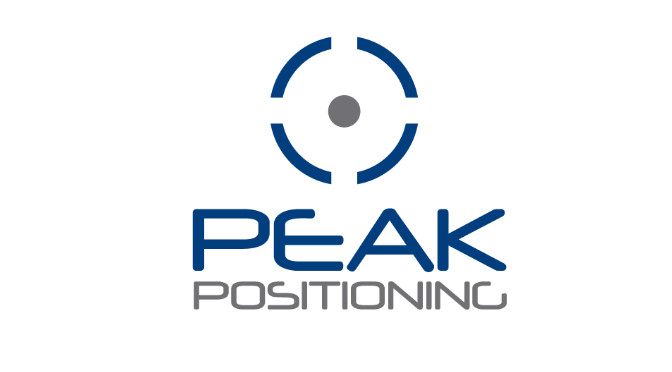 This story was originally published at www.proactiveinvestors.com on September 1, 2016 and featured in The CSE Quarterly.

For technology companies based in North America, the Chinese market is an enticing yet perplexing marketplace.

China’s vast population and the increasing wealth of its industrious citizens make it attractive to outside entrepreneurs and investors.

At the same time, there are unique challenges for foreign companies wanting to do business there: a relatively arcane regulatory regime, an uncertain commitment to intellectual property rights and a business culture very different from in the USA or Canada. Google, Apple, Uber and other tech titans have each stumbled on these various hurdles.

Peak Positioning Technologies Inc. (CSE:PKK), based in Montreal, has a straightforward strategy for avoiding these barriers to entry: buying innovative companies and finding strategic local partners.

Peak is an IT portfolio management company. Its mission is to deliver value to its shareholders by assembling a portfolio of high-growth-potential projects and companies in the e-commerce and fintech sectors in North America and China.

The company closed a major deal this year as it finalized a partnership with the owner of the Zhonghai Wanyue Group Enterprises conglomerate of 29 companies, Jiang Wang, who is based out of Shanghai.

Peak received a $4 million strategic investment from Wang this spring. The company used approximately $3 million of the investment proceeds to pay for the development of a fintech platform called Gold River, and to establish an operating subsidiary called Asia Synergy Technologies (AST) in Shanghai.

Gold River is a web-based platform operated by AST that digitizes the distribution process of petrochemical raw materials and certain other commodities in China. The platform allows AST to receive and process orders from its clients and offer value-added services associated with the orders, such as purchase order financing, loans and logistics.

Gold River is set to process $575 million in transactions over the next 18 months, including $100 million by the end of 2016, with an average profit margin of 5%, explains Peak’s CEO Johnson Joseph. “Those orders are legally binding commitments from clients that AST simply now has to fulfill by the end of 2017.”

In return for Wang’s investment, the conglomerate owner received a 51% ownership stake in Peak.

The companies in Zhonghai Wanyue, together worth an estimated $10 billion, offer financing and supply chain solutions for a wide range of industries, from plastics distribution, manufacturing and clean tech to metals trading, auto parts distribution and financial services.

The company didn’t start out by acquiring and managing ventures, though. Back in 2010, Peak was a security software development company.

Peak’s leadership team took their first trip to China, prompted by an entrepreneurial colleague who played up all the success he was having in the country’s tech sector.

“We knew that as a publicly traded company, if we could give our shareholders access to this market, it would be a big value-add,” Joseph says.

Peak learned the hard way about the challenges of running a new venture in China as they tried to develop security applications, a complicated business even under ideal conditions.

The company’s leadership team understood that there was still a huge opportunity in China’s tech sector, but after months of hitting a wall they had to change their strategy.

Around 2014, the company made a hard pivot. “We completely abandoned app development to become an asset management company, acquiring applications in China and Canada and delivering value to shareholders that way,” Joseph says.

While Peak is scaling the heights of success today, their leadership team is still realistic about the challenges of doing business in China. They have a healthy sense of caution and a desire to learn how to operate effectively in this environment.

“The biggest challenge is just learning about Chinese business practices in general, because there are a number of things we take for granted in how business is done,” Joseph says. “Just getting this transaction done with Zhonghai Wanyue was a challenge. In a situation like that, you usually just write a cheque.” The process took much longer than anticipated.

The Chinese government’s control of the Internet is another very direct challenge for technology companies. “Here, we take it for granted that if you want to put up a website, you just do it,” Joseph explains.

“In China, you need to have a license. Just look at Google, which is blocked and not allowed to operate in China. There are a number of things like this that we’ve learned and are still learning.” AST received its license to operate Gold River in mid-August, clearing the way to begin processing payments on their tested platform.

Aside from government bureaucracy, it is also common for business contracts in China to include verbal agreements on the side, in contrast to simply spelling all essential obligations out in writing.

To deal with these culture gaps, Peak has agreements in place between all of the parties it does business with to ensure that its subsidiaries and partners operate according to international business norms.

“We’re training them to be part of a public company that has the highest reporting standards and they are cooperating 100%,” Joseph says. “At the same time, we have to respect how our partners in China do business as well. If something doesn’t affect us negatively, we may be willing to accept it, but they also do what we need them to do to protect all of our interests.”

Being willing to adapt to unforeseen circumstances has helped the company get to where it is today. “Peak started out as something different, but we adjusted to be a portfolio management company. Then our first transaction didn’t work out because of circumstances beyond our control, but we did manage to get it done and that has turned into the best thing for our shareholders.”

With the revenue stream coming online from the partnership, Peak will continue seeking out new opportunities in China’s dynamic marketplace, Joseph adds. “We’re now in the process of building a solid foundation, which hopefully will allow us to build on a track record of success.”

Learn more about Peak Positioning Technologies Inc. at http://www.peakpositioning.com/ and on the CSE website at http://thecse.com/en/listings/technology/peak-positioning-technologies-inc