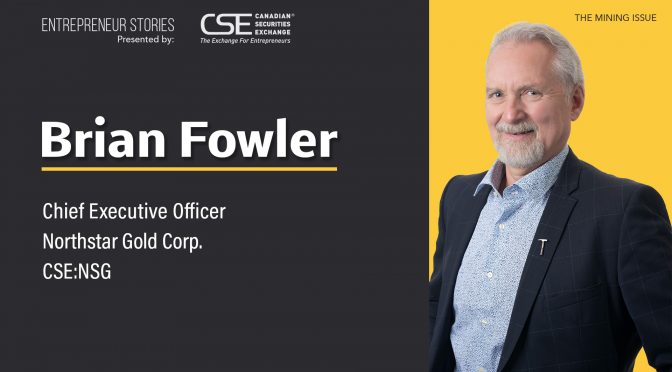 When you’re a new name in exploration on the market, it helps to have an established project with a proven team at the helm.

This statement certainly holds true for recently listed Northstar Gold (CSE:NSG), a company that is working on advancing the Miller Gold Project in Ontario’s famous Kirkland Lake Gold District. This region has historically delivered more than 25 million ounces of gold from seven mines.

Northstar is led by Chief Executive Officer Brian Fowler, a seasoned mining executive with over 38 years of experience in mineral exploration under his belt. Behind Fowler is a veteran team of mining and capital markets experts with decades of insight and success advancing resource companies and projects.

Miller is a 1,100 hectare property just south of the town of Kirkland Lake, central to a district that has been producing gold for more than a hundred years.

In the early 1900s, the historic Miller Independence Mine saw a number of shallow shafts and three levels of development on the high-grade gold No. 1 Vein, with limited success. Exploration by Northstar and others since then has defined additional shallow high-grade gold veins, with a historic estimate of 270,000 ounces of gold at 11.5 grams per ton, and a lower-grade bulk tonnage gold exploration target at Planet Syenite that may contain up to 500,000 ounces of near-surface gold ranging in grade from 1 to 3  grams per ton. None of these targets has been tested at depth.

It’s the geology, however, that excites Northstar’s CEO the most. “The Miller Gold Property has very compelling geological similarities to the Macassa SMC (South Mine Complex) and other Kirkland Lake gold deposits,” explains Fowler. “Miller has the same style of vertical and flat, high-grade gold-telluride veins that are a unique feature of the Kirkland Lake District. Furthermore, gold mineralization on the Miller Property is controlled by a ‘first order’ fault structure (the Catharine Fault) that joins the regional Kirkland Larder Break and similar first order structures within the Kirkland Gold District. These fault structures acted as channels and traps for gold deposition.”

Fowler goes on to explain that it has been determined that gold mineralization at Miller was emplaced at the same time as that at the Kirkland Camp gold deposits, some 2.6 billion years ago. These similarities and geological features suggest Miller could be tapping the same gold source as the Kirkland Gold District.  The Macassa mine has been in production since the 1930s and owner Kirkland Gold continues to find and produce high-grade gold more than 2 kilometres below surface. The Miller Property, on the other hand, is essentially unexplored below 300 metres.

“We’re really excited [to have] both Kirkland-style high grade gold-telluride veins and broad low-grade intrusion-related gold mineralization in significant quantities on the Miller Property,” Fowler says, “Our main job now is to do some drilling on these targets and bring them to 43-101 status. If you stand back and look at it, we could be knocking on the door of around 700,000 to 800,000 ounces here.”

Since Northstar picked up Miller in 2012, the company has spent around $2 million on exploration. Including the use of  ground magnetics, 3D IP surveying, and nearly 6,000 metres of diamond drilling in 27 holes. Those holes returned multiple high-grade and broad low-grade intersections with abundant visible gold. In 2016, the company mined and processed a 932 ton bulk sample from the historic No. 1 vein that averaged 5.1 grams per ton gold.

Most of the past drilling done at Miller has been vertical in nature.  Subsequent surface stripping and sampling by Northstar has defined numerous vertical high-grade gold veins and structures, which cannot be assessed, let alone discovered, by vertical drilling. This year’s drill program will see Northstar utilize angled holes to properly test these new targets.

“We’re very confident that we’re going to make new discoveries at Miller, possibly within the Catherine Fault zone itself, which amazingly has never been drilled,” Fowler says. “It’s comparable to Kirkland Lake Gold’s Amalgamated Break where they’ve found an incredible amount of high-grade gold mineralization that remains open at depth. These structures can be incredibly rich and with kilometre-scale strike and depth continuity. We believe we have all the makings of a Macassa SMC-like gold mineralizing system at Miller and we’re really anxious to get the drill spinning.”

At 3,000 metres, the Phase 1 drill program is scheduled to commence in late February. This will have a preliminary focus on confirming and expanding portions of the near-surface Miller Independence historic estimate and the Planet Syenite bulk tonnage gold exploration target. Drilling will also follow up other known near-surface, high-grade and intrusion-hosted gold targets, including Allied Syenite.

Having a few million dollars on hand to support exploration doesn’t hurt – Northstar closed its $3 million initial public offering on December 31st of last year at $0.30.

“Everyone thinks we either definitely have a gold market or we’re heading into a solid gold market,” Fowler says of the company’s healthy IPO. “We believe our timing was perfect.”

There’s even more to Northstar Gold than Miller, though. The explorer also has the Bryce Gold Property and the Milestone copper-nickel-cobalt claims. These could add value at the drill bit or through farm-out opportunities.

The task ahead for Northstar is to prove up the claims at Miller. “We’re going to do it through a concerted and robust exploration effort, which we are now permitted and funded to complete,” Fowler concludes. “I really believe there is excellent potential to make some significant gold discoveries at the Miller Gold Property this year.” 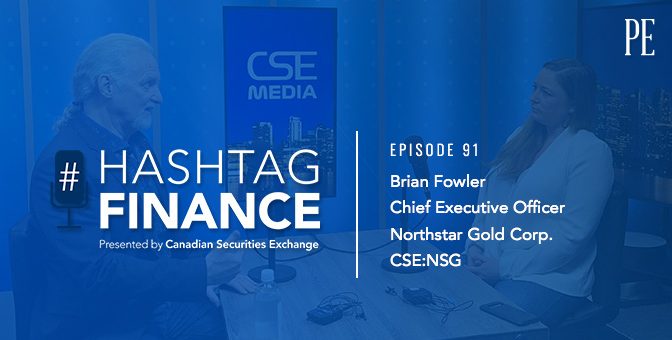 In this discussion, Brian shares many of the lessons and techniques learned over his career in mining exploration. This is a must-listen for anyone seeking a deeper understanding of exploration and geology!