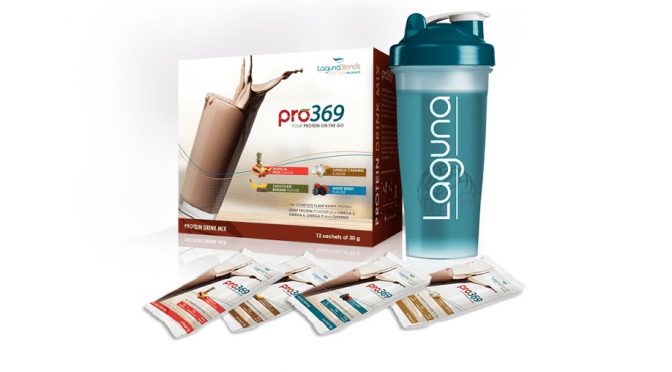 This story was originally published at www.proactiveinvestors.com on May 25, 2016 and featured in The CSE Quarterly.

Technology companies are renowned for their rapid growth rates, but apparently even they can’t keep up to successful groups in a tried-and-true business that many of us are in contact with all the time.

Network marketing, also known as multi-level-marketing (MLM), is the practice of individual direct sales coupled with recruitment of new direct sellers by existing salespeople.  If you are thinking Amway, you’re on the right track.  With some 3 million salespeople worldwide, Amway is the MLM king, recording US $9.5 billion in sales in 2015.  Avon (NYSE:AVP) and Herbalife(NYSE:HLF) are among other big MLM names.

Laguna Blends (CSE:LAG) is the latest entry onto the MLM scene and the potential to go from zero to 100 overnight was one of the key factors that convinced its founder to go all in.  “I have put over $1 million of my own capital into the company,” says Stuart Gray, Laguna’s CEO.  “Successful MLM groups grow faster than tech companies so one of the nice things about Laguna is that we have the ability to get bigger really quickly.”

Laguna began its sales quest in March focused on the nutritional and health benefits of products containing hemp.  Hemp is known for being rich in protein, as well as omega fatty acids 3, 6 and 9, plus magnesium and other nutrients important to a balanced diet.  Gray summarizes the product category as “functional beverages” given that a hemp-infused instant coffee and four flavours of a sports drink mix called Pro 369 (after the omegas) comprise the initial product line.

Gray originally learned about the benefits of hemp as a consultant to several companies in the medical marijuana industry.  But while the health benefits of hemp strains used for food, as opposed to intoxication, were obvious, he felt that the approach to selling these products could be improved upon.

“We see hemp-based products on the shelves at many of the biggest food retailing names in the world, but in some cases the product has not sold through as well as the producers thought it would,” says Gray.  “There remains a lot of education that needs to take place as to the true value of hemp, so we chose direct marketing because it enables potential customers to really learn about what they are buying.”

Gray understands that MLM is an ultra-competitive universe and as such is relying on more than just unique products to set Laguna apart.  “We are definitely differentiating ourselves by pioneering hemp-based products that nobody else has,” explains Gray.  “But really, how we separate ourselves is through technology.  We have virtual 3D technology that replaces the need to go to hotel meetings to learn how to recruit.  Everything you need to build your business is on there.”

The objective of a company such as Laguna is to provide products, infrastructure, support and training for independent affiliates, he explains, whose role it is to then go out and build the business through sales and recruitment.

Gray says the combination of unique product and what might be the industry’s only 3D training and administration platform enabled the company to grow its affiliate network from zero at the beginning of March to 700 members in Canada and the US less than one month later.  “We have proven that we can do this,” he says.

It is not only affiliates that Gray has been able to attract to Laguna.  In early May the company announced that Ray Grimm had agreed to come on as president.  Grimm has some 25 years of experience in direct sales of weight loss and nutritional products, and is credited with leading three companies in the space to north of $50 million in sales in their first five years.

“Ray is considered a legend in this industry and he told me we have not only great products, but the best technology he has ever seen,” says Gray.  “I really think that if you look at digital disruption, we are one of those companies that changes the game.”

Another key member of the team is Stuart Kawasaki, president of wholly owned subsidiary Laguna Blends USA, who has been in network marketing since 1988.   “One of the companies he was a consultant with early on did $1 million of sales in its first year, $15 million in the second, and by year five was over $300 million,” explains Gray.

Experience is deep on the technology side as well, with Martin Carleton and Charles Carleton – early contractors to the team that built Skype – overseeing technology for Laguna Blends.  Martin also sits on Laguna’s board of directors.

The company has inventory ready to go with a retail value of about $1.65 million, so at a 40% payout on sales to its affiliates, Laguna looks set to generate good numbers as product begins to make its way out of the warehouse.

With proven management in place and product straining at the gate, Gray anticipates meaningful levels of revenue are just around the corner, following in virtual lockstep with expansion of the associate network.  “It is no different than when a stockbroker goes to a new firm, his clients follow him,” says Gray.  “If you are an MLM leader and you move, some of your people follow you.”

Given the company’s technology leanings, social media is also proving to be a worthwhile recruiting tool.  “With Laguna having the leading technology, a lot of people found us through social media,” explains Gray.  “I ask newcomers who they were referred by, because we always want to make sure that the affiliate gets credit, but in many cases they just found out through an article or a video.  MLM can now even spread through networks where people e-mail their base a video or put it on social media and it goes viral.”

Not on that dangerous edge where you are re-inventing the wheel, nor on the lost-in-the-crowd track of doing the same thing as everyone else, Laguna Blends has apparently positioned itself in something of a sweet spot by introducing modern tools and unique products to an established industry.  With an experienced executive team in place and sales underway, the company and its investors will soon find out just how many tech companies Laguna can leave in the rear view mirror.

Learn more about Laguna Blends Inc. at http://www.lagunablends.ca/your-company and on the CSE website at http://thecse.com/en/listings/diversified-industries/laguna-blends-inc