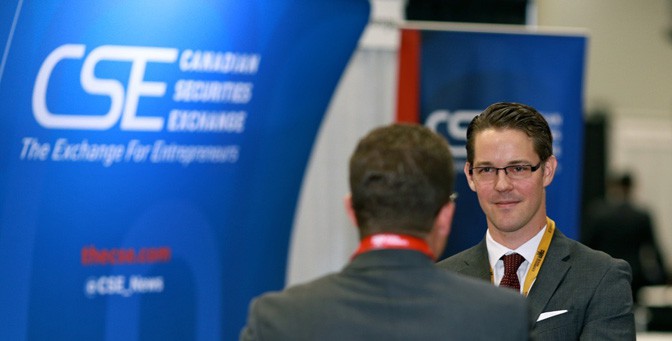 Convincing investors to forego beautiful Vancouver spring weather is no easy feat. Yet, the lure of dozens of exhibitors and 40 plus speakers touting everything from green technology to the frontiers of applied neuroscience was enough to attract investors into this year’s edition of the Canadian Investor Conference (aka Canvest) on May 31st and June 1st.

The combination of both publicly-listed and private companies afforded visitors the chance to interact with entrepreneurs of all stripes. In addition to the mining and natural resource focused companies, one of the major draws for investors was the PowerHaus Pavillion, a section of the conference floor that housed two dozen private companies from a diverse set of industries.

It was fitting that in a room full of entrepreneurs that the Exchange for Entrepreneurs also played a major role as a supporter of this year’s show.

In addition to being a major sponsor, the CSE also participated as an exhibitor and in a panel discussion. CSE representatives Natalie Kovacs, Mark Francis and James Black were on-hand to answer questions about the Exchange. CEO of the CSE, Richard Carleton, was also present on Sunday and Monday, meeting, greeting and even doling out the occasional hug. 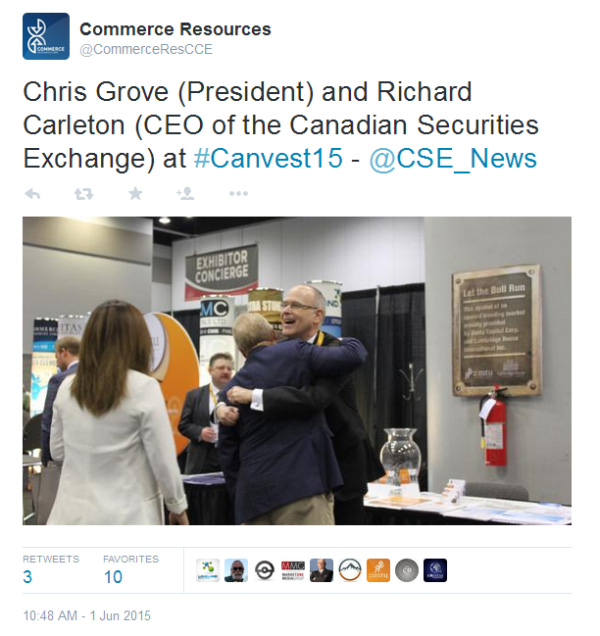 Private vs Public: An Evolving Dialogue

The lively and spirited discussion touched on a number of issues important to investors and entrepreneurs alike.

For example, one key message was that investors need to do their due diligence when looking for investment opportunities in either the private or public spheres. Recent regulatory reforms in the US as well as the new channels that investors can tap into to participate in exciting growth stories, are all designed to make access to early-stage capital easier. That said, panelists recognized the inherent risks associated with growth-stage firms and encouraged investors to take a measured approach to assessing investment opportunities in this space.

Another interesting perspective raised in the panel, was the shift in focus of investment capital into the technology sector.

As pointed out by Richard Carleton, technology companies listed on the CSE have accounted for the vast majority of financing deals that have taken place this past year. In fact, it is interesting to note the parallel shift experienced by the Canadian Investor Conference which has also seen a significant transition away from being exclusively natural resource companies to now showcasing up-and-coming technology stories.

Richard Carleton was also interviewed on site by the Investing News Network – check out the full interview in the video below.

Several CSE-listed firms were also exhibiting at Canvest, including:

Check out some of the highlights from the Canadian Investor Conference in the picture gallery at the end of this post.

Despite the challenges faced by small-cap and junior companies, the 2015 Canadian Investor Conference offered entrepreneurial firms with an interest in telling their story to find an audience to tell it to.

VP Listings Development, James Black, noted “Once again, we were happy with the outcome of this conference and always come away with new intelligence on how our marketplace is evolving. For instance, it’s clear that investment interest is starting to shift decidedly in favour of non-resource stories, even in Vancouver where mineral exploration deals been the bread-and-butter of the street. Our own stats further support this viewpoint as we are seeing a growing trend of IT, Biotech, and Cleantech companies attracting financing, specifically those based in BC.

As the last several years have shown, regardless of market conditions, innovators always find a way to thrive.

With the diversity and number of firms joining the CSE continuing to increase, it seems the market is also telling a story of its own: making capital easier to access and more affordable to raise is something entrepreneurs want and need in order to stay competitive.