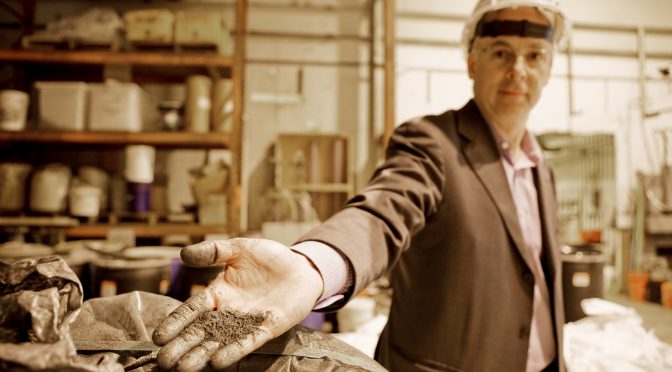 DNI Metals (CSE: DNI) is lining up all the pieces to become one of the world’s leading graphite producers, using a three pronged approach of exploration, distribution and refinement.

Success begins with finding the goods, and this is a base DNI has covered, having purchased a high-quality graphite project with a mining license in Madagascar in 2014. Some of the best large flake discoveries are in Madagascar and Stratmin Global Resources PLC (LON:STGR) owns and produces there from one of the top graphite deposits in the world.

That deposit happens to be just down the road from DNI’s project, with both sitting along the same trend. DNI chief executive officer Dan Weir points out his site is also close to the main shipping port and has ready access to a paved highway.

“I believe that DNI sits on a world class graphite deposit,” said Weir, “as we are located on the same trend as Stratmin.”

Working in Madagascar has some important benefits as compared to other parts of the world, including Canada; while there is good graphite in Canada, Weir concedes, it is difficult to get at.

Currently, only one small mine in British Columbia is in production, and it can only operate for six months of the year. “Most other North American graphite deposits are hosted in hard rock. They have to drill it, blast it and grind it up really, really small, and process it – there’s a huge cost to do that,” Weir said.

Conversely, Madagascar has material which is “like going to a sandbox, where you go in with an excavator or a shovel and you dig it up and process it.”

Another benefit to being in Madagascar is that it has one of the best mining codes in the world.

“To get a permit in Canada probably takes around three to four years – it’s very difficult,” Weir said.

Weir joined DNI in November 2014, and since then the company has acquired a full mining permit in Madagascar. He would likely still be waiting for the go-ahead in Canada.

The combination of a good permitting environment and soft host rock that makes for easier processing culminates in a reasonable price tag to go into production. Weir expects to begin commissioning the facility in the first quarter of 2017, with the mine set to be operational midway through the same year.

Overall, the project is slated to cost $10 million to $15 million, which is a fraction of the spending proposed in North America by other graphite companies.

Moving toward production, DNI plans to complete a resource estimate, with drill results and a preliminary economic assessment expected by the end of this year.

In tandem, DNI is acquiring two copper-zinc exploration companies with $2.3 million in working capital that will be directed to development costs at Madagascar over the next year, as the project heads toward the construction phase.

While the company takes the Madagascar project forward, Weir is also looking to add value in other ways.

This is where part two of the plan comes in – establishing a reputation in the graphite space.

Success in the industrial metals world begins pre-production with off-take agreements and relationships; with this in mind, Weir has established a distribution network buying graphite from Brazilian producers and selling into North America.

“I am making a little bit of money from that,” he said, “but not a lot. The whole point is to build off-take relationships with buyers of graphite, so that when we come to market for financing to build DNI’s mine in Madagascar the end users will know us, respect us, and DNI will have established a reputation of high-quality graphite and partnerships with buyers,” he said.

The third and final stage to DNI’S vertical integration strategy is the acquisition of a laboratory 20 kilometres outside of Toronto.

DNI looks to establish this lab as a hub for innovation, not just in the mining sector, but in batteries, pilot plant development and clean tech. In the future, DNI will purify its graphite at the facility. The lab works with some of the largest companies in the world.

DNI is buying the laboratory for $4 million, and while this seems like quite a large chunk of change for a small company Weir points out that the assets and property value are around $3.6 million, making it a low-risk proposition.

The transaction is expected to be completed over the next few months, Weir said, giving the business some cash flow to help toward building the mine in Madagascar. “The shining star in this whole transaction is, what other junior mining company is cash flow positive?” said Weir.

While the company builds relationships with buyers, builds its project in Madagascar, and acquires the laboratory, there is one overhanging issue that Weir is also quick to address – the graphite price.

“Graphite prices in 2012 were twice what they are today,” he said, though he is not concerned, and his reasoning is two-fold.

Firstly, new supply is unlikely to come to market in the near term, particularly in North America, where he believes that economically, the more expensive hard rock projects will be difficult to commission and put into production at current graphite prices.

“We see a lot of growth around the world,” Weir said, noting that demand from new sectors such as lithium batteries was beginning to pick up.

With a potentially world class project in Madagascar, relationships with most of the major graphite buyers in North America, its own laboratory, and a positive outlook on the price of graphite, it is no wonder that the chief executive is “extremely excited” about his company’s future.

Learn more about DNI Metals Inc. at http://dnimetals.com/ and on the CSE website at http://thecse.com/en/listings/mining/dni-metals-inc