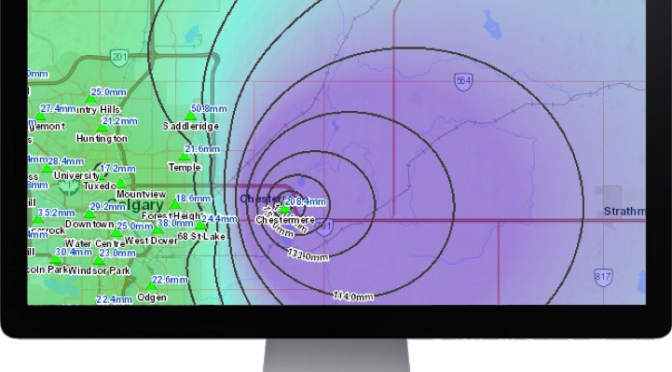 It is a big statement to make that one’s company is working on an important part of a fourth Industrial Revolution. But listening to Greg Johnston, and the particular analogy he uses to put Carl Data Solutions Inc.’s (CSE: CRL, FSE:7C5) achievements into context, it is a statement that actually makes quite a lot of sense.

Those of us old enough to remember the pre-Internet days can probably recall when we first heard about the World Wide Web and thought “What would I need that for?” Fast-forward to today and the question has become “How would I live without it?”

Such is the dynamic that Johnston, who is Carl’s President and Chief Executive Officer, believes will take place over coming years with the so-called Internet of Things, which at its core involves appliances, automobiles and other everyday devices communicating with one another to make our lives safer, easier and more efficient.

“When the Internet came into play people did not know what it was and some perhaps dismissed it as just another trend that was going to be out of style in a couple of years,” Johnston explains. “Of course, the Internet changed distribution, it changed businesses, and continues to do so every single day. New devices, smart meters, data loggers and the products we are building do just that. It’s the Internet of Things and they are calling it the fourth Industrial Revolution.”

Carl got its start in 2014, analyzing bulk data from social media and other public sources for consumer marketing purposes. “When we started, we worked with unstructured information such as text from social media posts, media shares, photos, videos and the like,” Johnston says. “It was looking at social media and making this mass of information into something orderly and more useful, mainly for the purposes of social referral marketing, which has grown to become a more effective form of marketing than traditional strategies.”

Drawing on two decades of experience in e-commerce and database management, Johnston sensed that applying his team’s skills to increase the efficiency of industries lacking advanced analytical tools would be what ultimately separated his company from the pack. “It was always our intention to get into another vertical we thought had great promise but was underserved by technology and current marketing offerings, and the area we decided to focus on was the utilities sector,” he says.

In the fourth quarter of 2015 Carl acquired FlowWorks Inc., and with it an array of capabilities perfectly suited to utilities and municipal waterworks. Put simply, FlowWorks collects data from sensors within a city’s physical network and then applies layers of analytics to determine everything from how its systems can operate more effectively to the potential for a flood or failure in the city’s water or sewer network.

“Most cities have sensors throughout their storm water and sewage systems,” Johnston offers by way of example. “Every few minutes data loggers transmit information that can be collected, stored and funneled into the FlowWorks application that city employees can use on desktops or mobile phones to see what’s going on. This level of analysis used to take days and now we can deliver it in near real time.”

In addition to contracts with a number of cities in British Columbia, Carl works with a long list of large cities in other parts of Canada and the United States. In July, the company announced a contract to provide its services to the City of Toronto in a collaborative effort with a major engineering consulting firm it has worked closely with over the years on other projects.

Carl reported sales of just over C$227,000 in the first quarter of 2016 ended March, and since revenue is primarily recurring in nature, recent contract wins, plus more anticipated before the end of the year, have the potential to push the top line for full-year 2016 quite comfortably into the seven-figure range.

“Our revenue is based on three areas: setup fees, recurring licensing fees and customization fees,” says Johnston. “Out of those three, recurring licensing is the one growing the fastest. The other two really are enablers for the licensing revenues. I would say that right now about 90% of revenue, of which roughly 60% is in US dollars, comes from FlowWorks business. Growing those revenues is going to remain our main focus for the remainder of 2016 in conjunction with some possible utility-related acquisitions.”

Being an early mover in any business segment brings the opportunity to help shape that market and Carl looks set to benefit from being a standard-bearer in advanced analytics for the utilities sector.

Johnston explains that most of the company’s contracts are obtained by partnering with hardware vendors. When a city issues a Request for Proposals (the contract award process commonly referred to as an ‘RFP’), more often than not they want not only pumps, regulators and other infrastructure equipment but access to the detailed information that these devices generate.

“What seems to be happening more and more is that the hardware vendors can’t provide a software application with the tools and functions that a city is looking for, so they partner with us to complete the RFP and stand out from other firms who are also bidding for the job. The majority of our contracts are like that now and we are starting to see cities include compatibility with FlowWorks as a requirement in their RFPs. In other words, the analytics solution must have the certain feature set that our FlowWorks application has. This is great because it means word is getting out and cities are recognizing how valuable the platform and its capabilities are.”

It is worth noting that Carl’s analytics platform is “hardware agnostic” and thus not limited to interfacing with certain brands or models of equipment like some of the software solutions FlowWorks’ competitors provide. All Carl needs is the raw data, sent from a physical data logger, through its cloud service, and into its application.

At the end of the day, making systems run better means they cost less, perform more effectively and operate more safely. And given the scale of infrastructure that a platform such as Carl’s can improve almost immediately, the potential to directly influence the lives of large numbers of people is clear.

Taking things a step further, Carl’s platform will soon go beyond historical analysis and near real-time monitoring into the realm of predictive modeling. Here, machine learning and other processes will be used for comparing layers of data to pinpoint anomalies that could herald problems with the potential to result in floods or infrastructure failure. Identifying weak spots within gas pipelines is a good example of the capabilities of machine learning.

“Think sensors on cars: 12 records per minute times 12 sensors per car times 3 million cars operating almost 365 days a year – that is a lot of information going back to a manufacturer,” says Johnston offering one last illustration. “It is going to be the same for the utilities sector. They need a way to understand information at a glance and use analytics to figure out how they can make more intelligent decisions managing their infrastructure and resources. That is how we are going to help them – by providing innovative solutions and offering advanced analytics that make better sense of their data in less time and at lower cost than has ever been possible.”