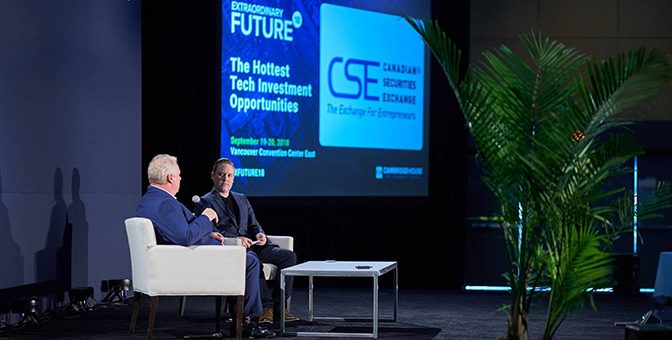 The energy and enthusiasm entrepreneurs have for change is something the CSE is fortunate to encounter on a regular basis. Regardless of which sector or industry growth-stage entrepreneurs happen to be in, they are collectively immersed in bringing their vision of the future into being.

With that backdrop in mind, the second edition of the Extraordinary Future conference took place in Vancouver on September 19th and 20th and offered the opportunity for thought leaders, investors and entrepreneurs to converge and explore the ideas and technologies driving innovation and growth across the economy.

Like last year, this year’s show was produced by Cambridge House International and featured an impressive roster of exhibitors, speakers and panelists covering forward-looking topics such as quantum computing, blockchain, finance, eSports and biotech just to name few.

In true entrepreneurial fashion, this year’s show sought to do something ambitious. Building on last year’s positive results, the 2018 conference was extended to two days instead of one and had more speakers, networking opportunities and covered more innovative topics than the inaugural show last year.

Attendance was also strong this year. With over 2000 attendees coming to the show itself. Like all powerful ideas today, however, the impact of the show has only begun to take shape. With almost 50 videos from the conference capturing conversations with panelists and presentations by entrepreneurs, the online reach of Extraordinary Future will continue to ripple outward for months to come.

As the title sponsor for Extraordinary Future, the Canadian Securities Exchange was actively visible at this year’s show on stage as well as around the exhibition floor.

On stage, the CSE cast the spotlight on blockchain – a technology that has the potential to reshape how financial transactions and services are delivered.

Last year the Canadian Securities Exchange became the first exchange in Canada to announce it would enable trading of tokenized securities in conjunction with the launch of a blockchain-based clearing and settlement system.

To that end, CEO of the CSE, Richard Carleton spoke with Dean Sutton from Northstar Venture Technologies Inc. in a fireside chat on the role that distributed ledger technologies will play in capital markets and, in turn, how capital markets can prepare for a significant step change in the investing ecosystem. Included in that discussion was the CSE’s tokenized security program and further details on the clearing and settlement engine.

On day two of Extraordinary Future, James Black, VP of Listings Development, moderated a panel discussion on the future of blockchain and the capital markets. Featured on the panel were Dean Sutton of Northstar Venture Technologies, Zayn Kalyan of Trackloop Analytics Corp. and Shone Antsey of Blockchain Intelligence Group.

The CSE was also visible on panel discussions and around the show floor. Nine exhibitors listed on the CSE and representing a diversity of sectors and technologies – including several companies working on technology to innovate the fast-moving cannabis sector – were on hand to showcase their companies.

Check out the CSE’s Facebook page for more pictures from around the show floor.

A Space for Bold Ideas and Bleeding-Edge Innovation

Extraordinary Future also featured panelists and presenters on topics with massive implications to the way in which live our lives.

Famed whistleblower Christopher Wylie provided a fascinating narrative of the power of personal data and how it can be leveraged or exploited to impact society on a massive scale, as evidenced by the role of data-driven campaigning in the US elections. In the biotechnology sphere, the conversation about psychoactive substances was put into perspective by Hamilton Morris, star of VICELAND’s “Hamilton’s Pharmacopeia”

Extraordinary Future was not only about close-to-market opportunities like augmented reality or quantum computing, the show also gave space to ideas and technologies that are on the cutting edge of the innovation conversation.

The panel on hydrogen-powered autonomous underwater vehicles, for example, illustrated how advances in clean fuel, telemetry and machine learning are likely to lead to many fascinating permutations and applications of these technologies in the future.

Of course, it’s one thing to dream big, but another to turn those grand visions into real products or solutions, which is where another key feature of the conference steps in, namely investment capital.

As with last year’s show, there were several keynote presentations focused on where investment capital can play a role in helping to fund and grow ground-breaking companies. 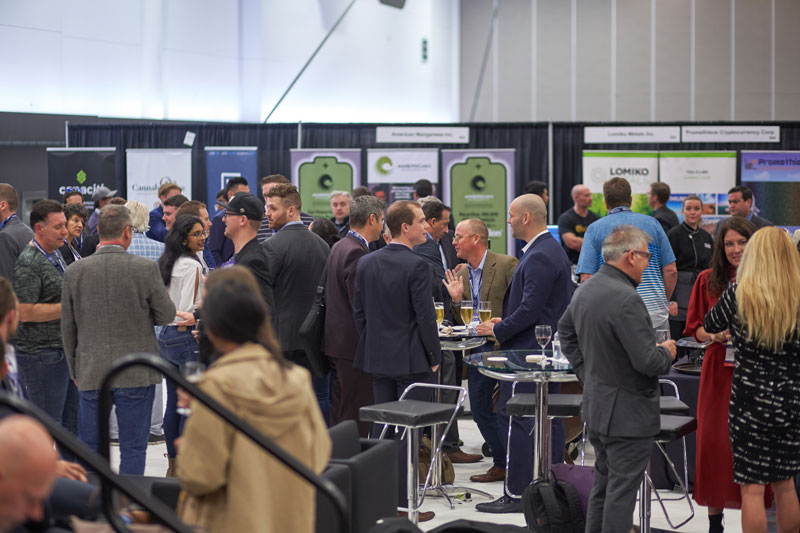 The deal room was a central part of the show floor design, with the fishbowl-style setup enabling attendees to watch in real-time, the organic process of deals happening between investors and entrepreneurs.

Another favourite of this year’s show was the “Off the Radar” pitch competition, which took place on the first day and featured technology entrepreneurs from healthcare, eSports and caregiving.

The competition featured a panel of distinguished investors and entrepreneurs as well as a top prize of media services valued at $50,000. Amir Heyari, founder of Diabits, took top spot in the competition describing machine learning and its application to healthcare data systems in the management of diabetes.

Suffice to say there was lots to take in at this year’s show. Entrepreneurs of all stripes demonstrated the creativity and innovation that is alive and thriving here in Canada and the impact it is having across the globe.

This year’s show reiterated a basic tenet of growth stage opportunities: that innovators and capital markets will have to work hand in hand to bring game-changing technologies to market. 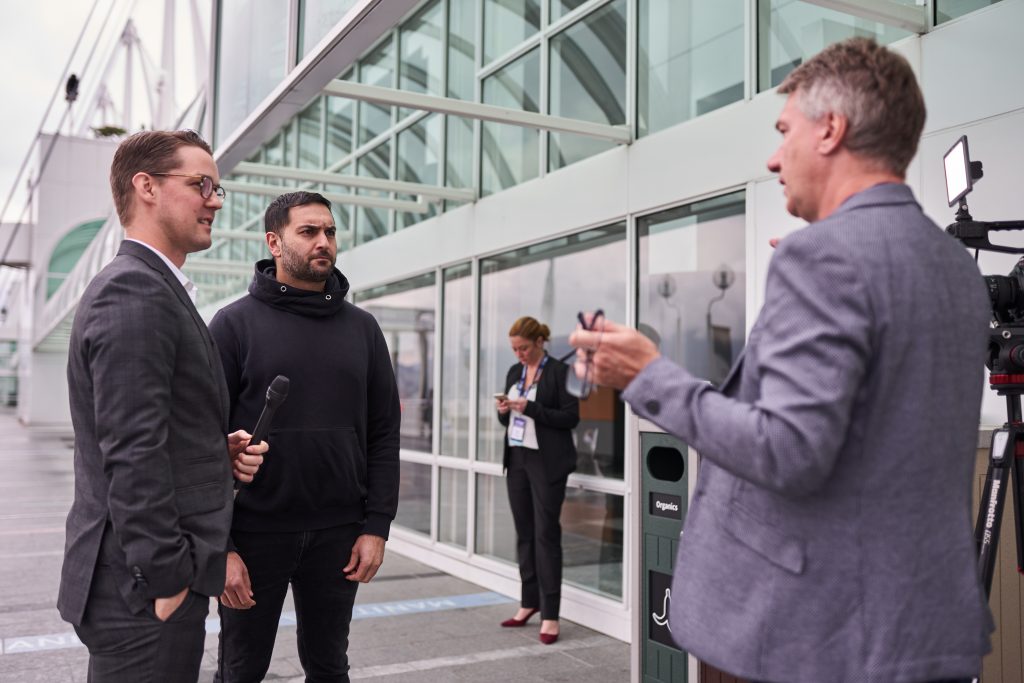 Another point that this year’s show reinforced is the value of giving bold ideas (and the entrepreneurs putting them forward) a platform to showcase their stories.

For the Canadian Securities Exchange, one of the best things about working towards an extraordinary future is that we look forward what every day brings. Stay tuned for more content and see you in 2019!