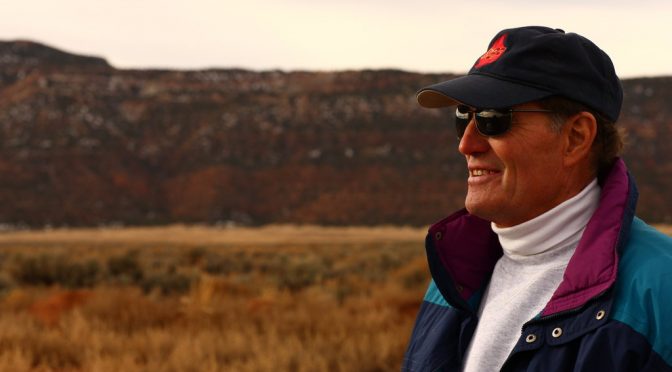 This story originally was published at www.proactiveinvestors.com on February 23, 2016 and featured in The CSE Quarterly.

The first is straightforward enough. Western Uranium is the second largest holder of uranium resources in the United States, according to chief executive George Glasier.

The largest holder is Energy Fuels (NYSE MKT:UUUU), a company to which Western Uranium has close connections.

“We acquired our base assets from Energy Fuels in August 2014,” says Glasier, so there’s one connection. There’s also the small matter of Glasier having founded Energy Fuels himself.

So if there’s a man who knows his US uranium, it’s Glasier. And the company he’s now proceeding to build is a clear reflection of that.

A lot has been achieved in a short time.

At the time of the acquisition from Energy Fuels, Western Uranium was private. But shortly after that, in December 2014, it listed publicly on the Canadian Securities Exchange.

And following on from there Western Uranium acquired Australian company Black Range Minerals in a 1-for-750 all-share deal.

It was the acquisition of the seven permitted uranium mines that came with Black Range that catapulted Western Uranium into the number two slot behind Energy Fuels.

But there was more to that deal than just building scale.

Because it was with Black Range that Western Uranium acquired the second factor that gives it the edge over its junior peers: technology.

New technology in mining can be a mixed blessing, as anyone who’s followed the trials and tribulations of investing in nickel laterite processing can testify.

In uranium, certain types of deposit are amenable to leaching in-situ, which cuts down considerably on waste and completely does away with the need for tailings facilities.

Black Range’s technology doesn’t quite do that, but the effects and benefits are comparable.

It’s called “ablation”, a term borrowed from the medical profession, and it was originally developed by metallurgists looking to apply it to refractory gold deposits.

That didn’t work, but the same metallurgists then applied the technology to sandstone-hosted uranium deposits and the results were a whole lot better.

“Ablation causes a collision between sand grain particles,” says Glasier. “It removes the uranium coating and leaves a clear particle. That means it can leave up to 80% of the rock at the mine site.”

Perhaps even more significant in this environmentally conscious age, it’s a completely physical process and doesn’t involve any chemicals. Thus, the use of sulphuric acid in the milling process at a uranium mill can be significantly reduced. “It should substantially reduce the cost of producing uranium from our mines,” says Glasier.

So, with the two arms of the company – the resource base and the technology – in place, the next trick will be to find the finances to initiate production.

To that end, Glasier is about to embark on an extended roadshow that will encompass the US, Canada and Europe.

The thinking is that it will take approximately US$3million to get mining operations at the Sunday complex in Colorado into production while building the required additional ablation production units (‘ABT Units’), addressing the additional permitting costs of the State of Colorado for use of the ABT Units in the mining process and to retire the remaining debt.

That money will probably be raised through equity.

At the same time though, the company will also be working on putting together a US$35 million debt package to allow for the construction of a mill at a site already permitted at Pinon Ridge in south-western Colorado. The permitted mill site is currently owned by Pinon Ridge Mining Inc., an affiliate of the Company with common ownership interests of the principles of Western.

Ultimately, says Glasier, the plan is to produce upwards of 3 million pounds of uranium per year, and at very low cost.

Why so low? The first answer to that is the ablation technology, which is patented and tested. The second is that Western Uranium’s tenements also allow for a substantial vanadium credit to be applied in any economic model that gets built.

All told, Glasier reckons that Western Uranium will go into the lowest 10% of the cost quartile, which is welcome given that the uranium price has been relatively depressed of late.

Indeed, that weaker uranium price is the reason why the seven mines that Western Uranium acquired from Energy Fuels ceased production back in 2009. Other than the naked economics, they are ready to go.

But will the uranium price improve?

Longer-term, there’s plenty to be optimistic about. China is building nuclear reactors at a rate of knots. And Russia too is set to add significant new nuclear capacity, although the country is also one of the main producers of uranium. It’s estimated that by 2025 the number of nuclear power reactors in the world will have risen from the current 439 to a more substantial 497.

Western Uranium itself already has one secured customer.

An off-take agreement is in the bag with one US utility and doubtless there’ll be more to come. What the pricing will be in further deals is an open question, but it was interesting to see commentary from Cameco (TSE:CCO) recently in which the uranium giant argued that a position of oversupply is likely to linger for most of this year, but that an uptick may then be likely.

If so, the timing would suit Western Uranium nicely. “By the end of the year,” says Glasier, “we’re going to get production at the Sunday mine complex.”

Work on the mill will probably be well underway too, and there will be the additional kicker of marketing the ablation technology to companies overseas. The application to sandstone-hosted uranium deposits would suit some of the more well-known African uranium deposits in particular, and could well have a significantly beneficial impact on the economics of these projects.

More immediately though, the next crucial steps will involve the financing, a listing on a US exchange, and then deployment of those funds to generate early production.

Because this is not a market in which a junior miner can afford to take its time. But George Glasier knows that.

“The company’s moving fast in a tough market,” he says. “We are a low-cost and near-term producer.”