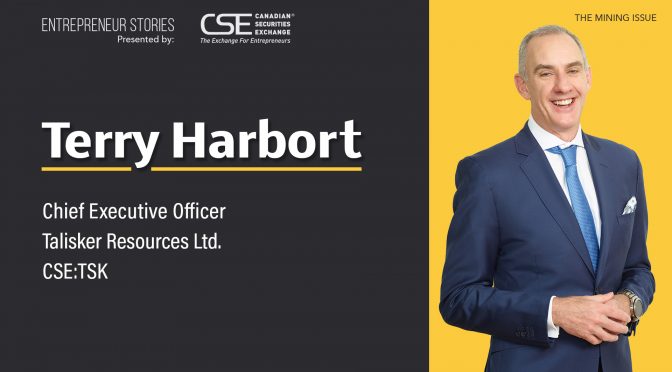 Terry Harbort, Chief Executive Officer of Talisker Resources Ltd. (CSE:TSK), is convinced that he and his team have found the perfect gold project to catapult their junior resource company into the big leagues.

This past December, the Toronto-based explorer purchased 100 percent of the Bralorne Gold Project in south-central British Columbia from Avino Silver & Gold Mines in a multimillion-dollar cash and stock deal.

Consisting of three main mines, Bralorne was one of the longest producing high-grade gold deposits in British Columbia, operating from 1929 to 1971. Though some 4.2 million ounces were pulled from the earth at a recovered grade of 17.7 grams per ton, the mining operation was eventually shut down due to depressed gold prices.

When mining in the area came to a halt, gold was at $200 per ounce, adjusted for modern inflation. With gold now selling for nearly $1,600 USD per ounce, Harbort says Talisker is eager to get at “that $200 rock still left in the ground” at Bralorne.

“We looked all throughout that region of south-central BC and we came across the Bralorne project, which initially was something that was probably bigger than what we were searching for,” explains Harbort, a veteran geologist who’s worked for major miners such as AngloGold Ashanti. “But we were able to do what became a transformational transaction for the company.”

For Talisker, which Harbort formed alongside some close industry colleagues, greenfield exploration was the plan when trading commenced on the Canadian Securities Exchange in spring of 2019. However, the acquisition of Bralorne advances the company into the next stage in one fell swoop.

Bolstered by $25 million in financing and royalty sales, the company kicked off 2020 by firing up the first drill rig at Bralorne in early February.

Harbort says Talisker will drill 3,000 metres along strike extensions of existing veins with plans of further drilling 6,000 to 7,000 metres in April, with results expected around the middle of the year.

The company has 45,000 samples from Bralorne and plenty of other data that, according to Harbort, is enough to give the company confidence that significant gold deposits remain in the ground.

“We can actually see where the samples intersected veins, and we can wireframe these into vein models and calculate what an approximate potential grade would be,” he says.

“We know, historically from the production, that the continuity was very high. So, it means as we go to depth and along strike we’ve got a pretty good chance of the veins continuing at a very high grade. We believe that’s what we’ll be targeting, as opposed to drilling and hoping we hit veins. We’re drilling the way we already know where the veins are. That really reduces our risk.”

Looking ahead to the rest of 2020, Harbort says Talisker is “working toward defining what the footprint is and how many millions of ounces are potentially there” as part of a crucial resource statement expected for release in early 2021.

In addition to Bralorne, Talisker also holds 85 percent of the gold belt at Spences Bridge, another exciting gold project in British Columbia. The claim stands as one of the largest land stakes in the province’s history.

At Spences Bridge, Talisker has formed a strategic alliance with Westhaven Ventures, which owns the Shovelnose high-grade epithermal discovery contiguous to Talisker’s claims.

“Initially, the Spences Bridge gold belt was what was called a frontier gold belt where people see indications of a certain style of mineralization but deposits there have never been discovered,” he explains.

But in September 2018, that all changed when Westhaven discovered a high-grade vein deposit, promoting the project from frontier status to emerging. Subsequently, “the whole belt could host a number of discoveries.”

Harbort says Talisker “aggressively” explored Spences Bridge in the last field season, when it was just starting up as a new company. During that time, Talisker had 23 geologists at the site who collected more than 3,000 stream sediment samples and defined eight drill targets. For 2020, the company has budgeted $3.5 million for 20 geologists working on five projects.

While Bralorne and Spences Bridge are Talisker’s most important projects in British Columbia, the company has several more in its portfolio, ranging from early stage projects to advanced ones. All told, Talisker’s properties comprise 270,605 hectares over 288 claims, three leases and 154 crown grant claims, making the company a dominant exploration player in south-central British Columbia.

Harbort says Talisker was attracted to the region in the first place not only because of the geology and celebrated mining history, but also the abundance of scientific theory.

“We believe that there are a number of belts in that part of British Columbia that haven’t been well explored simply because there’s not a large number of low sulphidation epithermal gold deposits or mines,” he explains. “What we noticed very quickly was that there was a knowledge gap in the exploration techniques for these types of deposits, and the textural and alteration interpretation, to tell where a deposit’s stratigraphy was.”

However, gold mining isn’t only about geology, science, or the data. Logistics, Mother Nature, and minding the bottom line for investors also play a crucial role as well. That’s why Harbort loves “the latitude and the weather” in south-central BC, not to mention a developed infrastructure, unlike some colder, more inaccessible regions of the province.

“The field stage is very short and access can be problematic in other parts of BC. You often have to fly in with helicopters and fly them to a base. You’ve got to build camps. It becomes very expensive,” he says.

As a result, Talisker is much freer to capitalize on positive outcomes and to channel the savings back into the project. This makes it possible for them to work longer during the year, and shorten exploration timeframes.

“That means we can do a lot more with our investors’ money and hopefully give them a short discovery timeline so they can get a return a lot quicker than on projects in more northern areas,” Harbort explains.

When it comes to investors, current or prospective, Harbort points out that most of the company’s financing comes from deep-pocketed institutional investors who embraced Talisker in its early period. So, retail investors might want to take notice.