Vancouver is no stranger to bold ideas. Home to the internationally renowned TED conference since 2014, another conference focused on the pursuit of big ideas has now also come to Vancouver.

The inaugural Extraordinary Future Conference (XF), launched this past September, was a joint initiative by the Canadian Securities Exchange and Cambridge House International to shine the spotlight on the robust technology scene in Western Canada and to highlight revolutionary technologies that will help to shape many facets of society in the years to come. Whether it was the latest developments in personalized medicine, the seismic shift in financial technology being caused by blockchain, or the advancements in virtual and augmented reality, there was no shortage of fascinating and engaging content for attendees to take in at this year’s show.

Held at the beautiful Vancouver Convention Centre, the first edition of the Extraordinary Future conference brought together over one thousand attendees, including investors, technology entrepreneurs, capital markets professionals as well as other stakeholders working in and supporting the innovation economy. Additionally, there were 33 guest speakers as well as 26 companies representing a variety of technology-driven sectors. 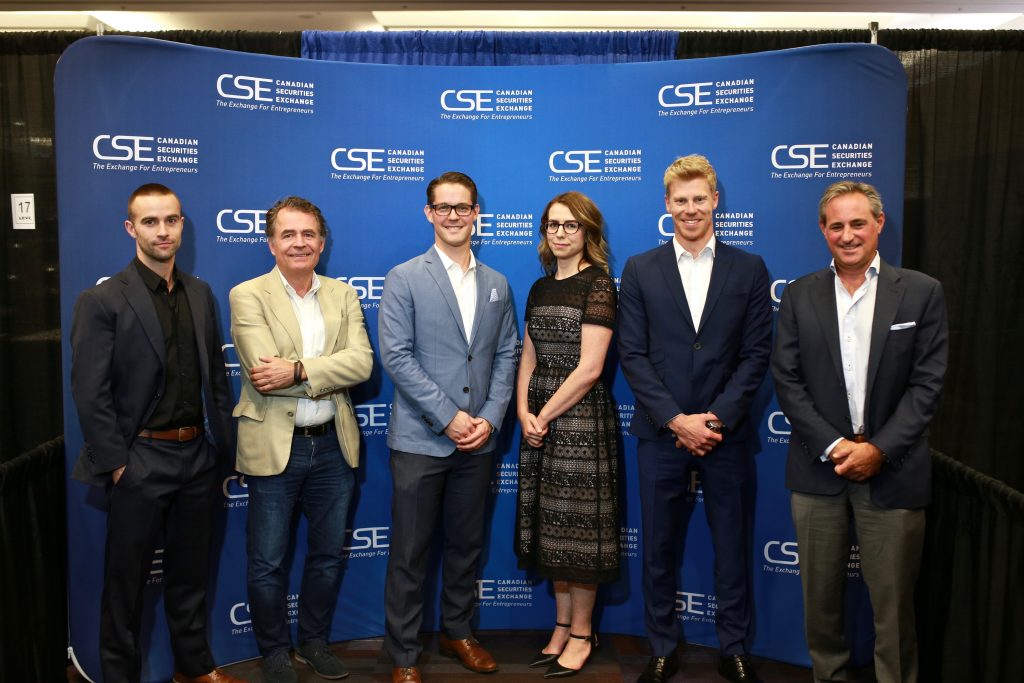 As a technology investment conference, an important objective of this event was to showcase both public and private companies and the entrepreneurs working on cutting-edge technologies. It was also especially encouraging to see the number of organizations and entrepreneurs present at the show that were located in the Lower Mainland or in Western Canada.

Highlights of the Talks

Many of the industries featured at this year’s show were either growing in popularity or beginning to hit their stride, and as such, the enthusiasm around these technologies was palpable.

That said, most of the technologies being discussed at this year’s show are still not mainstream. As such, it was incredibly valuable to have assembled thought leaders and entrepreneurs who are actively working in these areas to explain the state of their respective industries, and to highlight for attendees, where there might be opportunities for investors to engage.

Below are highlights from topics covered during panel discussions that took place at this year’s show.

The conversation around the role of technology and how it is shaping healthcare was a fascinating one. Moderated by Dean Sutton, CEO of Victory Square Health, panelists Dr. Brendan Byrne (TELUS Health), Dr. Tom Elliott (Personalized Biomarkers), Rashid Ahmed (BioMark Diagnostics) and Norma K. Biln (Augerex) provided a variety of perspectives on how technology can deliver a more personalized and customized approach to healthcare delivery. In particular, several panelists highlighted the role that detection technology will play in recognizing health issues as well as how technology can help intervene at a much earlier stage in a disease to facilitate better outcomes.

One of the hottest topics of discussion at the Extraordinary Future conference this year was blockchain. As part of a broader discussion on the evolution of financial technology, blockchain has the power to radically shift the landscape of the financial ecosystem. Moderated by Blake Corbet, the Head of Technology and Healthcare Investment Banking at PI Financial, there was a capacity crowd on hand to hear from panelists Guy Halford-Thompson (BTL Group), Harry Pokrandt (Hive Blockchain Technologies), Marc van der Chijs (First Block Capital) and Alex Tapscott (NextBlock Global). It was clear from the perspectives shared by the panelists that the move to the ‘internet of value’ is still in its early days, but that momentum is strong and changes are occurring at a rapid pace.

Vancouver as a Leader in VR/AR

When it comes to the rapidly evolving world of visual content development, Vancouver stands out as an international leader. The combination of talent in the visual effects industry and entrepreneurial culture have created an exciting environment for leading edge VR/AR technology and content to be developed. The panel discussion on the future of VR/AR was moderated by Dan Burgar, President of the VR/AR Association in Vancouver and Director of Business Development at Archiact and included panelists Nancy Basi (Vancouver Economic Commission), Anne-Marie Enns (Archiact), Kevin Oke (LlamaZoo) and Ryan Peterson (Finger Food Studios). A key takeaway of this discussion was that the growth of the VR/AR technology is already taking place in the enterprise market and wider consumer adoption is on the horizon. This insight was also a takeaway from the AR/VR session hosted by Equity.Guru’s own Chris Parry who profiled several choice companies including INVRS3D Cinematic Reality, uForis VR, Ampd GameTechnologies and Ydreams Global Interactive.

One of the biggest challenges to overcome in becoming a leader in the innovation economy is making capital accessible to entrepreneurs. James Black, VP of Listings Development at the Canadian Securities Exchange, moderated the panel discussion on the intersection of technology and finance, which spoke to the different strategies available to early-stage technology companies that require capital to scale their growth. On the panel were Aimee Gagnon (Dojo Card), Bill McGraw (Wavefront), Jamie Brown (Canaccord Genuity) and Tom Rossiter (RESAAS) each of whom lent their own perspectives on how technology entrepreneurs can navigate the growing number of options help finance their growth.

For its part, the CSE recognizes the important role that public markets can play in driving capital formation which in turn can help early-stage companies scale up and compete globally. The scope of Extraordinary Future, however, extended beyond just the public capital markets sphere, a recognition that innovation ecosystem is diverse and needs support in a number of different aspects to fully succeed.

As James Black, VP of Listings Development at the CSE stated: “The excitement and enthusiasm shown by everyone at our first Extraordinary Future conference was incredible. For all involved, it is a clear indicator that Canada can play a major role in popularizing the next wave of technological innovation. As the Exchange for Entrepreneurs, the CSE is proud to support connecting the many stakeholders required to grow Canada’s emerging wave of technology companies. I have no doubt that we can build XF into one of the premium gathering places in North American for capital and emerging technology companies as well as thoughtful discussion on the intersection of tech and finance.”

As this year’s show clearly demonstrated, bringing together a dynamic mix of industry analysts, investors, technology entrepreneurs, and a diverse selection of public and private companies working to advance the innovation economy, is fertile ground for exciting conversation, connections and catalysts.

In the leadup to next year’s conference, it will be interesting to see how many of the bold predictions and forecasts made at this year’s show unfold. One thing is for certain, however, and that is for organizations such as the CSE, the future of Canada’s innovation economy continues to look extraordinary.