As many seasoned mining professionals know, two of the key ingredients to survive the often-harsh world of mining and exploration are hope and enthusiasm. At this year’s PDAC conference in Toronto, however, there was something more in the air – a feeling that has been missing for some time –  excitement.

Despite political uncertainties at the start of the year, prices for commodities and precious metals have rebounded enough compared to last year to give the mining and investment communities many more reasons to smile and, most importantly, to make deals. And it appears that deals are happening. In the fourth quarter of 2016, for example, CSE-listed companies in the mining sector managed to raise over $30 million signaling that deal flow, while modest, is improved over the same point a year prior for junior and small cap companies.

With the PDAC typically drawing in well over 20,000 delegates (this year they pulled in 24,000), hundreds of exhibitors and dozens of sessions and networking opportunities, it’s not enough to walk the walk – to get the most out of this show, companies and investors must also talk the talk. 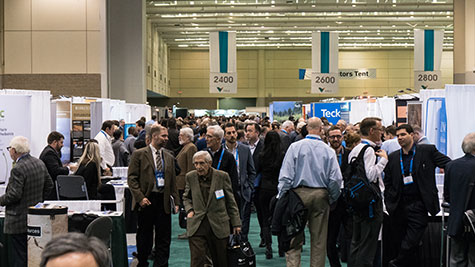 In recognition of how important (and daunting) the PDAC can be for small cap mining firms looking to raise capital or for investors trying to navigate opportunities, the CSE, along with several like-minded event partners and sponsors, sought to help by putting the right ingredients in place to enable entrepreneurs and investors to have a positive PDAC experience.

Whether it’s polishing a pitch or simply mastering the subtle art of balancing finger foods, a drink and a conversation with an industry colleague, networking with the right people at the right time makes all the difference to an entrepreneur. Of course, it helps to get a head start.

To that end, the CSE along with its event partners, aimed to help PDAC attendees – as well as those who might not be able to attend the convention itself – connect with one another at two pre-PDAC sessions, known as PreDAC, in Toronto and Vancouver.

In each case, not only was there a solid turnout, but attendees were genuinely excited to connect and discuss the industry and outlook for the near term ahead of the whirlwind that is the PDAC. Based on the level of interest and enthusiasm with attendees of these events, PreDAC sessions were on point in getting folks in top form for PDAC 2017. 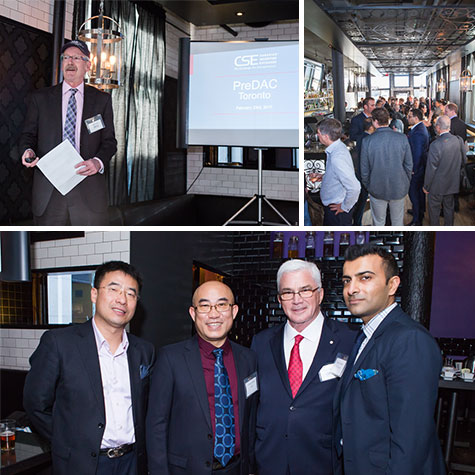 PreDAC Vancouver took place at event co-host Clark Wilson LLP’s scenic downtown offices. Joe Mazumdar, Analyst and Co-Editor at Exploration Insights and Matt Zabloski, Founder and Lead Portfolio Manager of Delbrook Capital, provided attendees with their perspectives on what to look at when evaluating a mining company as well as the investment landscape for natural resources respectively.  To view more images from PreDAC Vancouver, check out the Facebook album here. 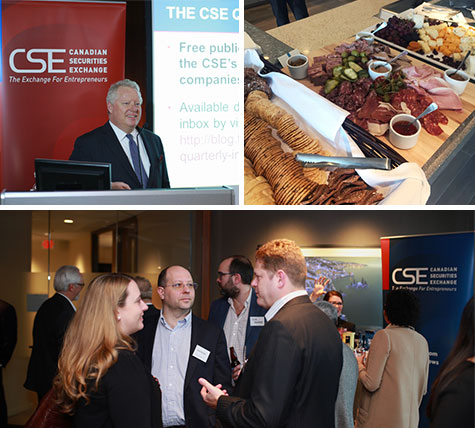 Following the presentations at both the Toronto and Vancouver events, attendees enjoyed networking opportunities, appies and drinks with industry peers, investment professionals and others during the networking session.

PDAC is always a busy but this year was busier than most for the Canadian Securities Exchange. In addition to exhibiting at the Investor’s Exchange, the CSE hosted the increasingly popular PDAC Investor Luncheon, launched a special edition of the CSE Quarterly and co-sponsored an evening networking reception. All this in addition to the many meetings with investors, entrepreneurs and other industry professionals in and around the convention.

The PDAC Investor Luncheon continued its growth in both attendance and popularity again in 2017, making it a must-attend event for those interested in the CSE as well as companies listed on the CSE.

In addition to a delicious buffet, attendees were treated to quick pitch-style presentations from several CSE-listed company executives, as well as a keynote special presentation on raising capital in the US by guest speakers Kenneth Sam from Dorsey Whitney LLP and Chris King from OTC Markets Group. 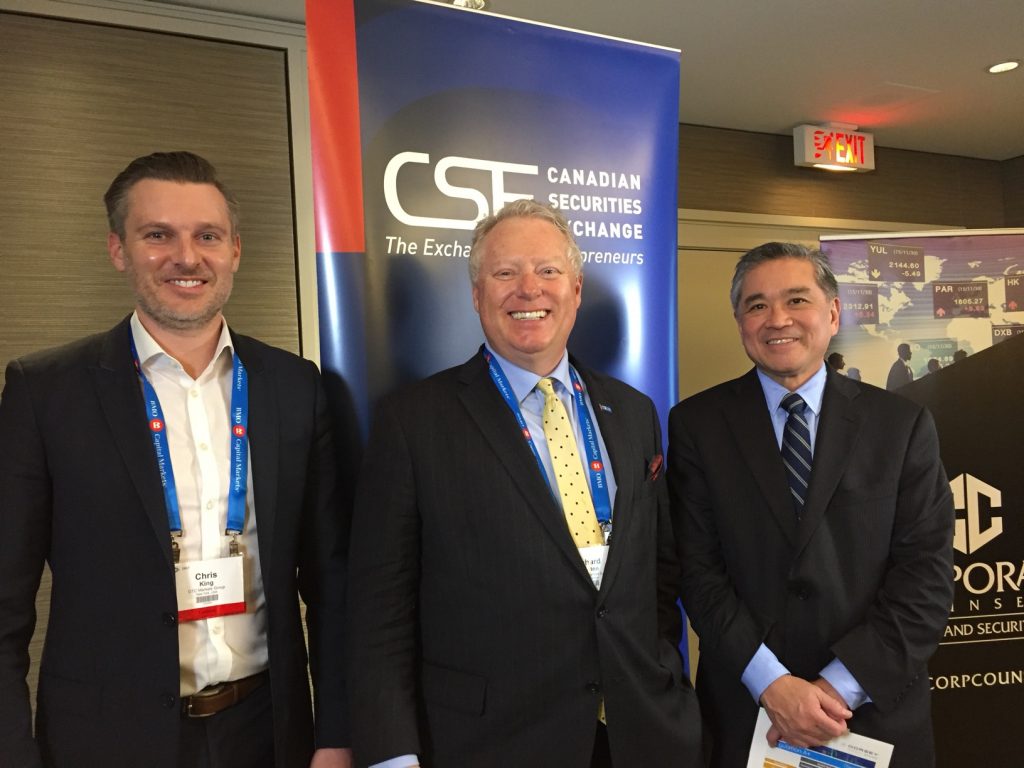 On the exhibition floor, the infamous CSE booth and lectern made their return to the PDAC. With a larger crowd at this year’s show, there was a noticeable bump in traffic to the CSE booth. In addition to the exchange itself, the CSE was also well represented around the convention floor with nine CSE-listed companies exhibiting.

Spotted this year on the show floor were:

It wasn’t all work at the PDAC. CSE team along with friends from MNP LLP and Aird & Berlis LLP got together at Taverna Mercatto to celebrate another successful PDAC. This event, like many others around the show, was also busy and offered up the chance to recount stories of the day and to make plans for future meetings. 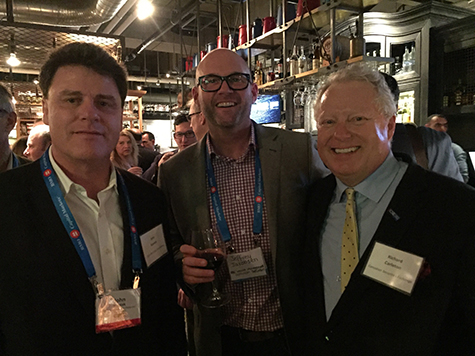 PDAC 2017 was undeniably great for the CSE as well as for CSE-listed issuers and the growing number of investors who are interested in the Exchange for Entrepreneurs.

As this world-class event continues to grow, so too does the importance of getting the most out of the time spent at the show.  Judging by the response from industry experts, investment community professionals and investors who attended the CSE’s events, the extra support these activities provided might just be the extra ingredient needed to stay a step ahead.