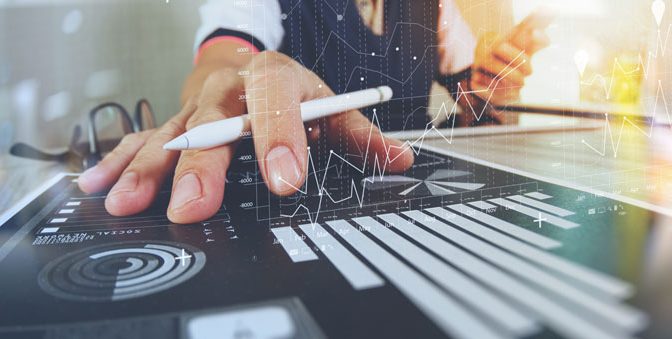 It is fitting that in an Olympic year, the motto of faster, stronger, higher could also characterize the year that was at the Canadian Securities Exchange.  After an exceptional performance in 2015, the CSE managed, yet again, to finish 2016 on a record-breaking note.

With trading volume, capital raised and listings on the CSE achieving their highest levels in the exchange’s 13-year history, the Exchange for Entrepreneurs continues to prove that small-cap companies, as well as those who invest in them, benefit from having real choice in the Canadian securities landscape.

And, while the numbers themselves are impressive, the numerous examples of continuous innovation this past year at the CSE demonstrate why they are committed to making 2017 even better.

From a trading perspective, 2016 was the best year on record for the CSE. Order flow came through at 6.4B shares worth a total value of over $1.5B – the highest amount ever since launching in 2003 and a 159% increase over 2015. In addition to the secondary market, investors were also interested in directly funding CSE listed companies. CSE-listed companies participated in 364 deals raising over $400 million in 2016.

While these figures are a great endorsement of companies being able to raise capital on the CSE, the bigger win for companies as well as their investors is that more of that capital could be used for their own growth plans rather than go towards the ‘middlemen’.  As shown in the image below, unlike competitor exchanges, the CSE does not take a percentage of the funds raised which means more money in the hands of entrepreneurs as well as their shareholders. For additional information on why companies are choosing to list on the CSE, click here.

On the listings front, the CSE saw a record high number of listed securities in the summer of 2016, reaching 328.  In addition, the CSE’s commitment to innovation meant that, despite a relatively challenging IPO market, five companies elected to go public on the CSE and 38 listings joined the exchange in 2016. The CSE saw the composition of securities listed on the exchange shift to include firms participating in emerging industries like drone transportation, fintech as well as medical marijuana.

Finally, with regards to performance, the CSE Composite Index, a benchmark of performance of the CSE, finished 16.1% higher compared to 2015 and the 103 firms (as of December 19th) that constitute the index had a collective market cap of over $2.3B.

The Value of a Handshake

Part of what has contributed to this record-breaking year has been a consistent focus on the entrepreneurs, companies and investors that choose to work with the CSE. Despite the realities of operating in an increasingly digital world, the CSE made a concerted effort to reach out in person to entrepreneurs and investors across the globe.

From coast to coast across Canada, as well as throughout the US, Europe and even as far away as Mongolia, the CSE team members attended, sponsored or hosted over 40 events throughout the year. In those travels and conversations with many entrepreneurs, it was abundantly clear that modern capital markets are global in nature and that the CSE has an increasingly global reach. Many of the chronicles of the CSE team’s travels from 2016 can be found on the CSE Facebook page here.

Another important outcome of talking to entrepreneurs in person was the discovery that many of them were curious to understand the requirements and realities of taking a company public.  As a result, this past year marked the launch of the first ‘Going Public’ boot camps in 2016.

These one day workshops were held in Vancouver and Toronto and brought together capital markets professionals and entrepreneurs for an intensive and informative session on what it takes to succeed as a growing company.

Both sessions were met with an overwhelmingly positive response, indicating that, regardless of what stage they may be at with their respective businesses, entrepreneurs value learning about the path to going public. For those who missed it, recordings from the Vancouver session are available on the CSE YouTube channel here.

Capital markets are rapidly evolving and becoming increasingly reliant on technology to power all parts of the capital formation ecosystem. In 2016, the CSE implemented a number of enhancements to the overall technology infrastructure that helped pave the way for expansion and improved service delivery.

In April of 2016, the CSE rolled out its newly designed responsive website. Rebuilt from the ground up, this new website streamlined the user experience to enable visitors from screen size to access data on the CSE as well as the companies listed on it. In addition to the design and layout changes, the addition of integration with social media, such as Twitter, enabled website users to stay updated on the latest developments and activities at the Exchange for Entrepreneurs.

Another important development to the CSE’s digital evolution in 2016 was the increased focus on digital communication, specifically across social media.

We are excited for the launch of the National Angel Capital Organization’s new publication! Here is James Black of the #CSE with Yuri Navarro, CEO of NACO.

A photo posted by Canadian Securities Exchange (@canadiansecuritiesexchange) on Oct 5, 2016 at 12:13pm PDT

The CSE added another digital channel, Instagram, into its stable of digital social media channels. Over the past year, followers of the CSE as well as listed issuers and investors were able to get an increasingly detailed view of the work of the CSE as well as exclusive access to what goes on behind the scenes at the Exchange for Entrepreneurs.

Finally, one of the big technology projects of 2016 was the rollout of a new trading engine that improved performance, decreased latency as well as enhanced stability all the while consuming less resources than the previous system.

With such a strong performance in 2016, the bar has been set high for 2017. While it is difficult to predict exactly what the year ahead will bring, the CSE will continue to stick to its winning formula of putting entrepreneurs first, committing to innovation and providing real value to public markets.