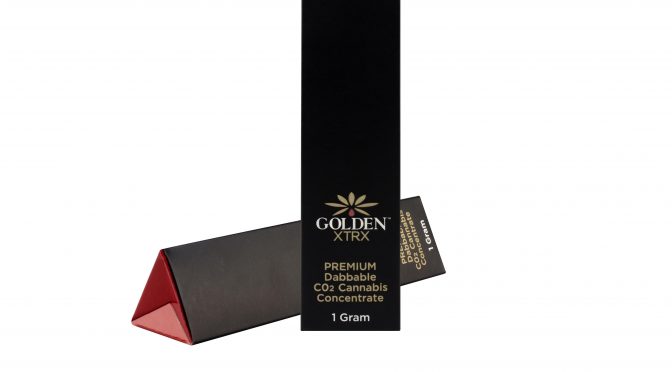 This story was originally published at www.proactiveinvestors.com on December 9, 2015 and featured in The CSE Quarterly.

The rush of junior public companies into the marijuana space over the past couple of years has been fast and furious as laws regulating the drug’s use changed in Canada and some US states.

Despite the best of intentions, many of these companies have not fared well, though in fairness regulatory hang-ups undermined momentum for those focused on operating in Canada.

Golden Leaf Holdings (CSE:GLH) chose a decidedly different path by positioning itself to take advantage of regulatory change in states on the US west coast. It turned out to be a shrewd move, as the company has gone from strength to strength literally since day one.

Golden Leaf was established in May 2014 and in the one-and-a-half years since has succeeded in growing sales to over US$1 million per month. Oregon has proven to be the perfect jurisdiction for its operations, with the company having been able to legally sell its refined marijuana oil products to medical marijuana users since inception.

Recreational use was legalized in Oregon on October 1 of this year, but the only products that can be purchased through approved dispensaries at the moment are dried leaves and buds. Golden Leaf chief executive officer (CEO) Don Robinson anticipates that the second half of 2016 will bring permission for dispensaries to sell oils and edibles to recreational users, a move that would expand the market for Golden Leaf’s products by leaps and bounds.

All Golden Leaf products are based on the extraction and refining of oil from marijuana plants. The oil is sold in a variety of delivery systems, including vaporizers and edible products, the latter slated for introduction late in the current quarter or early in 2016.

“Our business model is built around the lowest cost production of the highest quality oils, based on competitive advantage, economies of scale and intellectual property,” explains Robinson.

“We think we have a different approach to the industry than other companies.”

Well-funded (the company raised a total of US$17 million in two financing rounds prior to going public on October 14 of this year) and with a strong team, Golden Leaf has proven its ability to move quickly when opportunities present themselves.

“We believe we are the biggest extractor in all of North America – we don’t know anyone bigger,” says Robinson in describing the company’s market position.

“Our growth has been explosive, from $150,000 in revenue in September 2014 to over $1 million in April 2015. We have added equipment in the last month, and by the end of this year will have doubled our output capacity and be at a monthly run rate of $2.5 million.”

Robinson explains that the company has been able to sell all of the product it makes, and that further capacity will be needed once refined products become legal for sale to recreational users. So far, Golden Leaf’s sales have come entirely from the medical use market in Oregon.

Right next door to Oregon, of course, is Washington State, where the market is twice the size of Oregon’s.

“When you put Washington and Oregon together, you are looking at a combined market of US$2.5 billion, and almost 1.4 million consumers,” says Robinson.

Keeping up with demand will require significant capital spending. “Capex for us,” explains Robinson, “is all about acquiring more machines. Each machine is close to $300,000 dollars with a two-month payback. We had three machines and added two over the summer, and by the end of the year will have 11. With each extractor you need support and auxiliary equipment because you extract with one machine and refine with another. That is the bulk of our capital spending.”

Funds have also been used to enable production of marijuana itself. “We are attempting to grow all of the feedstock for our extraction process and the reason we want to be self-reliant on feedstock is we believe it is important to be organic. You also get a better quality of feedstock if you do it yourself as opposed to buying it on the open market, where it is inconsistent.”

That claim was borne out in a November 18 press release from the company giving quality control through in-house production part of the credit for extraction yields reaching 14%, up 50% from the year-to-date average to the highest level ever experienced by the company.

From a structural perspective, part of that credit belongs to a Golden Leaf subsidiary in Israel called Green Point Science, which conducts research and development work.

“Everything that happens in Israel with cannabis is best practice,” explains Robinson. ”They have been experimenting with cannabis since the early 1970s and we are adopting their best practice in growing, breeding and greenhouse operations. In a perfect world, we would have our own strain optimized for extraction that would grow faster, with less light, less water and more disease resistance, and therefore be organic.”

Golden Leaf has grown at breakneck speed so far and with recreational use of oils in Oregon seemingly on the horizon, demand looks like something the company may never have to worry about. Still, it is hardly a bad thing that ongoing regulatory change in other parts of the country, and even nationally, will likely to add to its demand prospects.

“Four states and Washington DC are legal medically and recreationally, the states being Alaska, Colorado, Washington, and Oregon,” says Robinson. “In addition, 23 states are in some form of decriminalization.”

Then there is the national front. “The Obama administration took a big step earlier this summer and now allows research into medical marijuana,” Robinson explains.

“Up to now it has been illegal so claims as to the efficacy of marijuana from a medical standpoint are all anecdotal. Once medical studies start coming in that prove efficacy in a formal way, you will see a sea change.”

Getting back to the principle of positioning for change before it happens, Robinson points to the strength of his team and says that when it comes to management, “we have invested ahead.”

It is all about striking the right balance, mixing team members with years of experience in various aspects of the marijuana industry with executives from outside the space who bring branding and other valuable skills.

“This is going to be a very big business and we believe it requires the best of big business practice applied to cannabis,” says Robinson. “It is that marriage of talent plus ready access to capital that will enable us to continue taking advantage of opportunities as they come our way.”

Learn more about Golden Leaf Holdings at http://goldenleafholdings.com/ and on the CSE website at http://thecse.com/en/listings/diversified-industries/golden-leaf-holdings-ltd